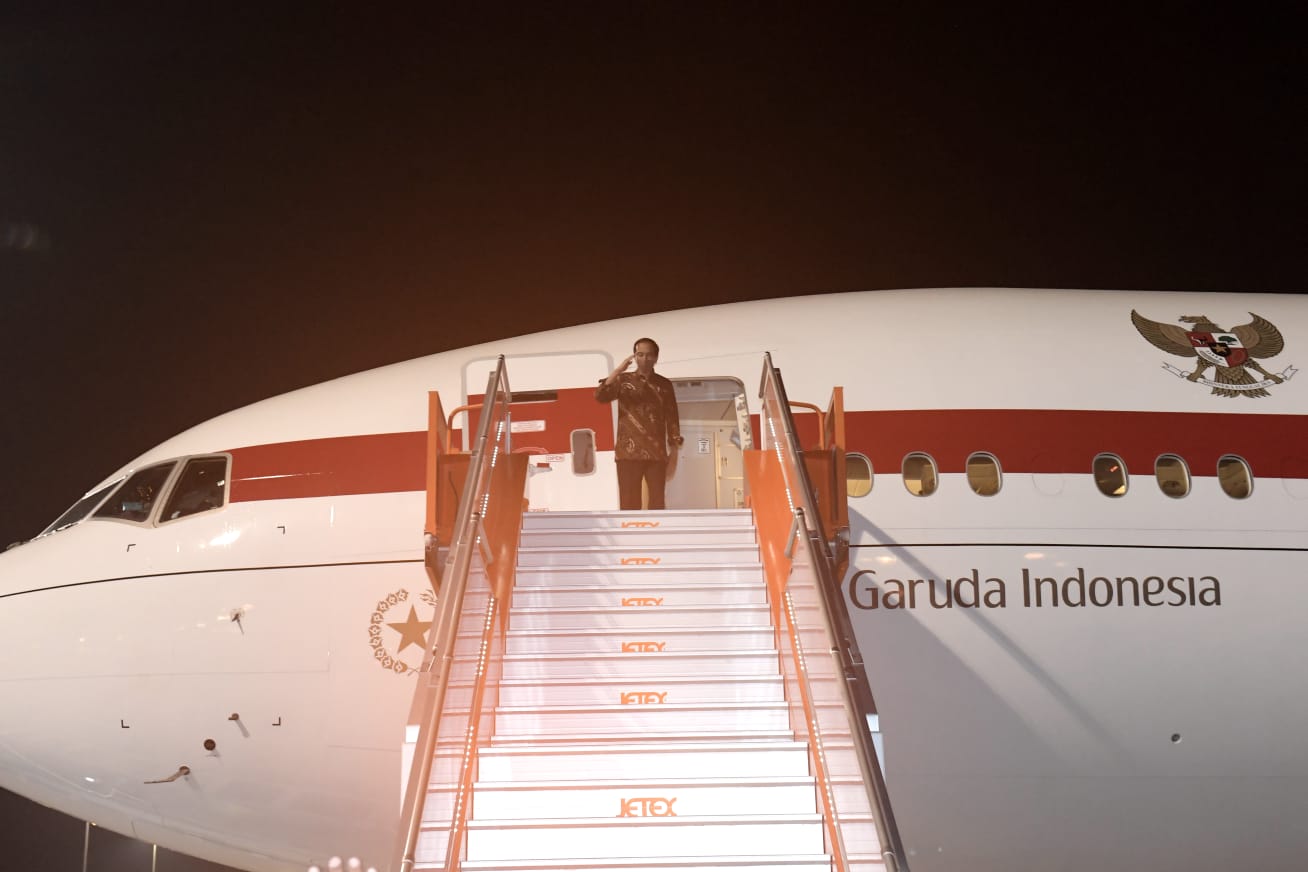 The President and his entourage took off to return home from Al Maktoum International Airport in Dubai, United Arab Emirates (UAE) onboard flag carrier Garuda Indonesia GIA-1 aircraft at 21.35 local time or on Friday (05/11) at 00.35 Western Indonesia time.

The President and MBR also witnessed the exchange of several memoranda of understanding in various sectors.

The UAE is the third country that the Head of State visited after attending the G20 Summit in Rome, Italy on 30-31 October 2021 and COP26 World Leaders Summit in the Scottish city of Glasgow, the United Kingdom on 1-2 November 2021.

GIA-1 aircraft that is carrying the President and his entourage is estimated to arrive at Soekarno Hatta International Airport in Banten province on Friday (05/11) morning. (BPMI of Presidential Secretariat/UN) (DH/EP)