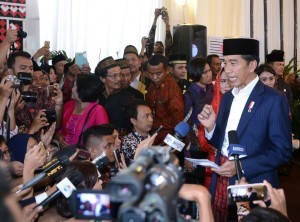 The President also conveyed the commitment of Indonesia to help Egypt to face this difficult situation. Deepest sympathy from all people of Indonesia go out to the Government and people of Egypt, as well as the victims, the President further said.

President Jokowi stated that this kind of terrorist attack should be prevented by enhancing international cooperation to counter terrorism and it is the obligation of all countries.  (BPMI/EN) (MMB/YM/Naster)