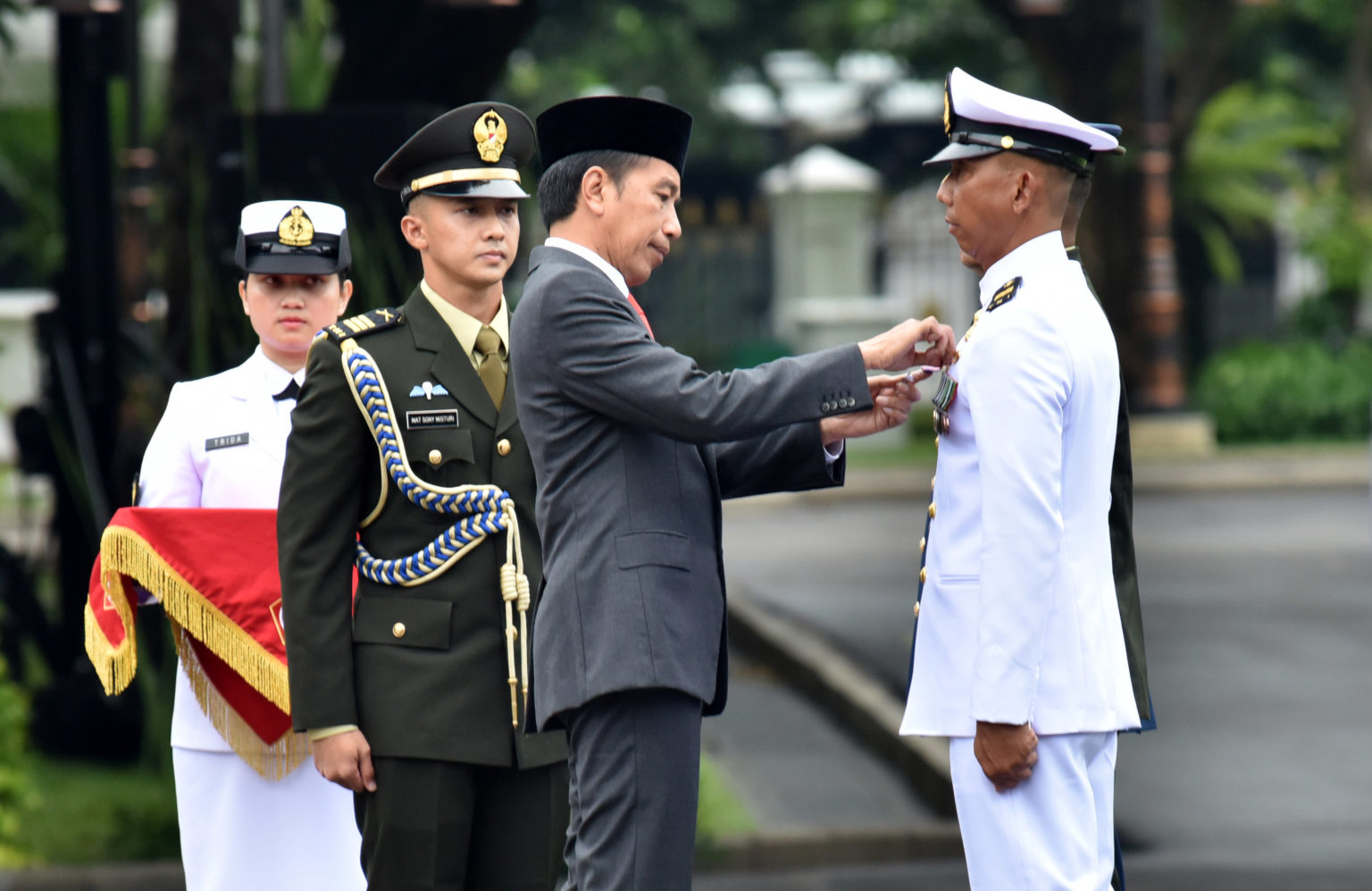 President Jokowi confers medal of merit on TNI personnel at the ceremony of the 77th TNI anniversaryat Merdeka Palace on Tuesday (10/05). (Photo: PR of Cabinet Secretariat/Jay)

During the ceremony of the 77th anniversary of the Indonesian National Defense Forces (TNI) at Merdeka Palace in Jakarta on Wednesday (10/05), President Joko “Jokowi” Widodo conferred medals of merit on personnel of the TNI for their great service in advancing and developing the TNI.

The medals of merit were conferred on three personnel representatives in accordance with Presidential Decrees Number 31/TK/TH 2022, Number 82/TK/TH 2022, and Number 84/TK/TH 2022.

The three representatives were: