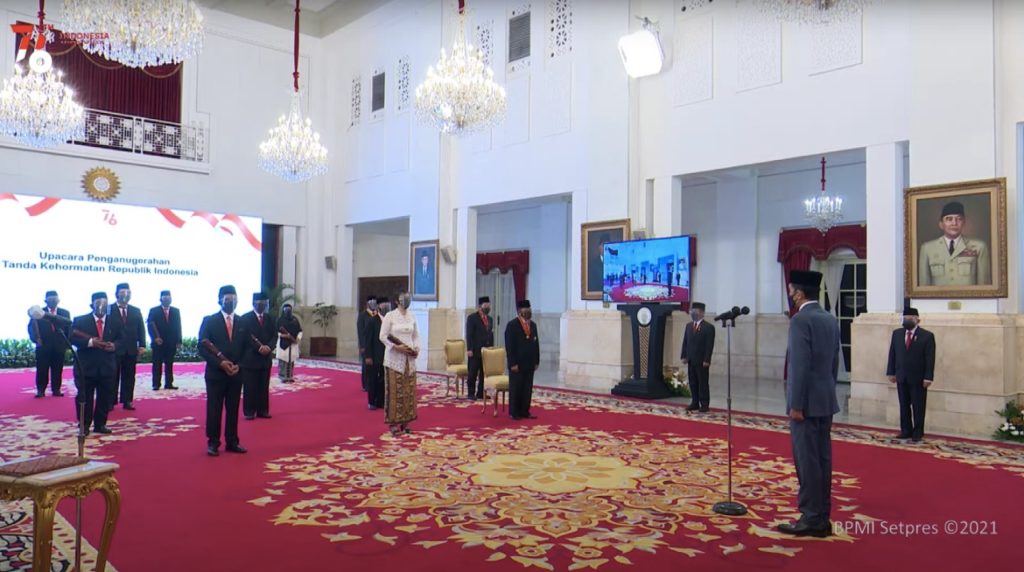 Conferment Ceremony of the Order of Merit, at the State Palace, Thursday (12/8). (Photo captured from Secretariat President’s YouTube channel)

President Joko “Jokowi” Widodo has conferred on Thursday (12/8) the Order of Merit and State Decorationon335 figures in a Conferment Ceremony of Honorary Merit Award to commemorate the 76thanniversary of the proclamationof Indonesian independence.

In a ceremony that strictly adhered to the health protocols, the President awarded Bintang Mahaputera medals to five figures and Bintang Budaya Parama Dharma to one figure. In addition, he also bestowed Bintang Jasa medals on 329 figures in which 325 of the awardees are medical staff and workers who have died of COVID-19.

The awarding ceremony was conducted based on Presidential Decree of the Republic of Indonesia Number 76, 77, and 78/TK of 2021, stipulated in Jakarta on the 4thof August 2021.

Thirteen people attended the ceremony to represent these following awardees;