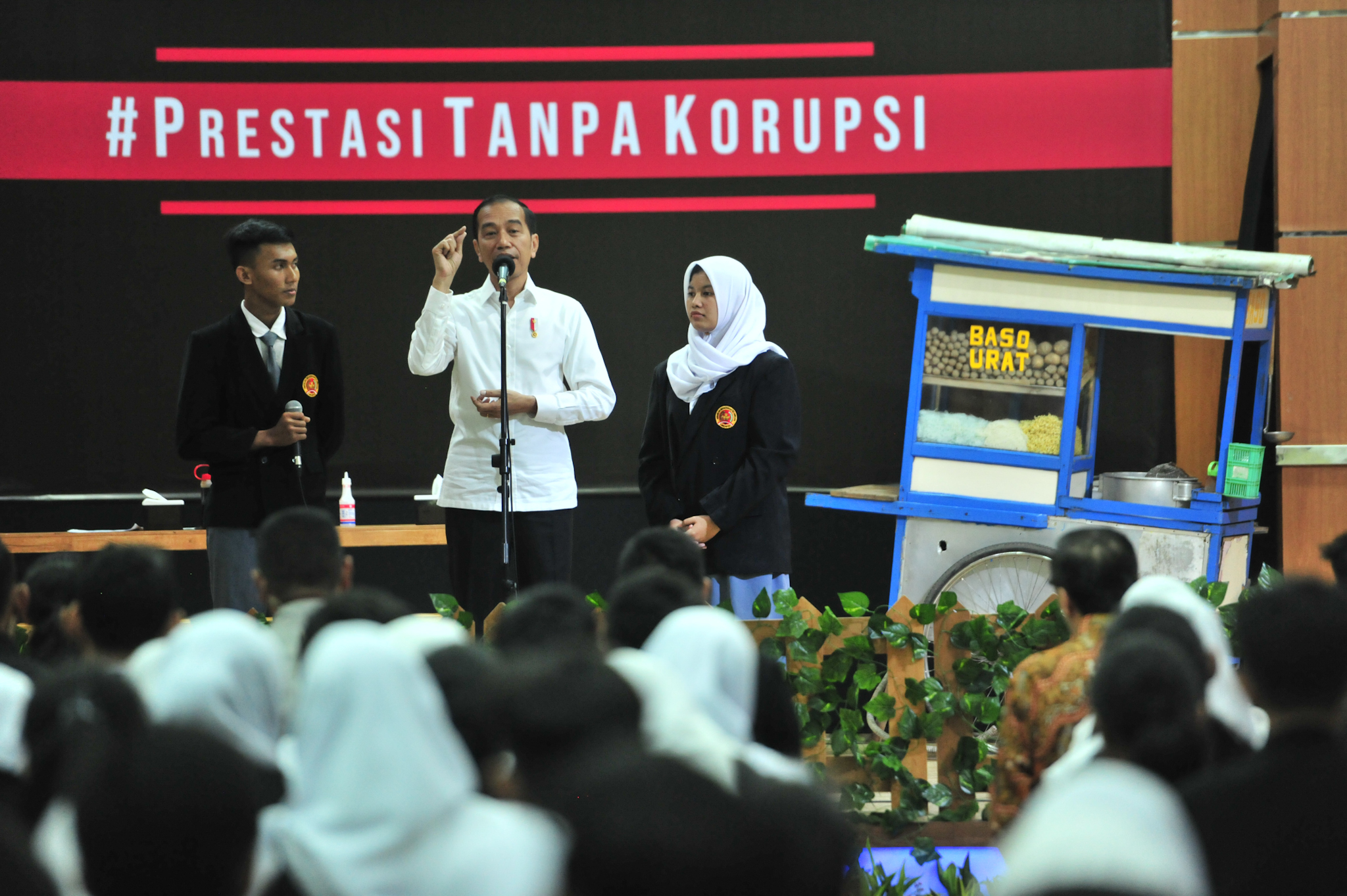 President Jokowi engages in a dialogue with students at the commemoration of the World Anti-Corruption Day, at 57 Vocational High School, Jakarta, Monday (9/12). (Photo by: JAY/PR)

No matter how small, corruption is still corruption and it is intolerable, President Joko “Jokowi” Widodo has stated.

“(Our) children must be informed that corruption destroys our lives, our country’s lives, as well as our people’s lives,” the President said when attending a theatrical performance entitled #PrestasiTanpaKorupsi (achievement without corruption) to commemorate the World Anti-Corruption Day at 57 Vocational High School (SMKN), Jakarta, Monday (9/12).

He also reminded the audience that corruption takes many forms, not only money but also time. “That is where the seeds of corruption emerge, starting from the small ones. If we are not careful, it will grow and become a truly big corruption,” the President said.

Therefore, President Jokowi stated the importance of critical thinking and to speak out when something is wrong. “I believe, you, too, should tell our children about these things,” he said.

The President also reminded the importance of being disciplined, having self-confidence, being optimistic, having productive and collaborative thinking. “Because it is the key to success in the future,” he said.

President Jokowi also said that integrity values must be practiced since early childhood so that it will become a culture. (FID/JAY/ES)