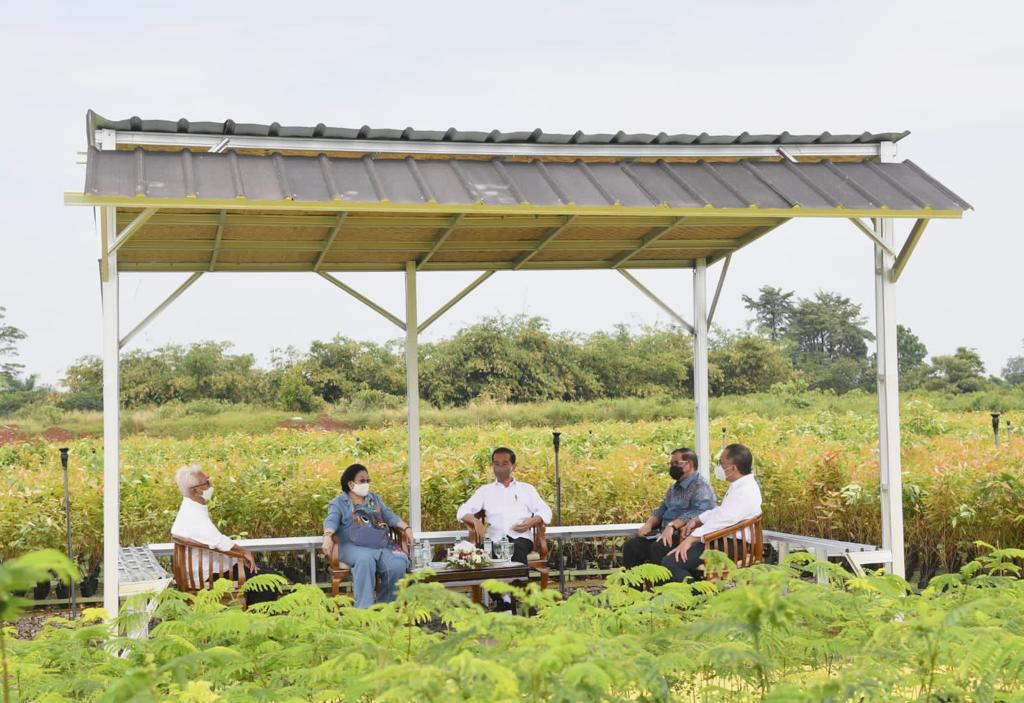 In a bid to rehabilitate lands in Indonesia, the Government has announced it is set to develop nurseries.

According to the President, the Government will build several nurseries in 2022 to support research on germplasms in the country.

“In 2022, approximately 30 nurseries like Rumpin Nursery will be able to produce approximately 12 million plant or tree seeds, including albizzia, sengon, eucalyptus, manglid, teak, mahogany, and everything,” he said, while expressing hope that nursery development not only gives environmental benefits but also boost the economy.

“Therefore, what we produce can truly bring economic advantages, both to the country and to the people. So, it benefits the environment and the economy,” the Head of State said.

Meanwhile, Head of the National Research and Innovation Agency (BRIN) Laksana Tri Handoko pointed out that his agency will continue to develop research to support the development of high-quality seeds according to their characteristics.

“Because it is required to overcome various environmental and forestry issues that we have and every location has different characteristics and different needs,” he said, adding that the BRIN will involve several parties to support the development of nursery centers in Indonesia.

“We will employ specifically our researchers of life science, who also work at Ministry of Agriculture and Ministry of Environment and Forestry (KLHK) to support research that can help the nursery centers developed by the KLHK,” Laksana remarked. (BPMI of Presidential Secretariat/UN) (DH/EP)