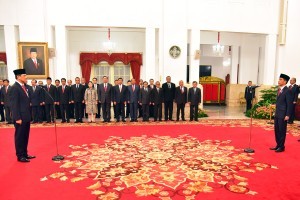 According to him, the KPU is the legitimate organizer of presidential election, regional elections, and legislative election that must be given support.

I have ordered the National Police Chief to take firm actions should there are any parties who intend to delegitimize the KPU, the President told reporters at the State Palace, Jakarta, Wednesday (9/1).

Presidential Chief of Staff Moeldoko earlier claimed that there had been attempts to systematically delegitimize the KPU, referring to the spread of hoaxes, which he said were carried out systematically, not sporadically, and with clear directions.