President Jokowi: Discipline is Key Before Vaccine is Available 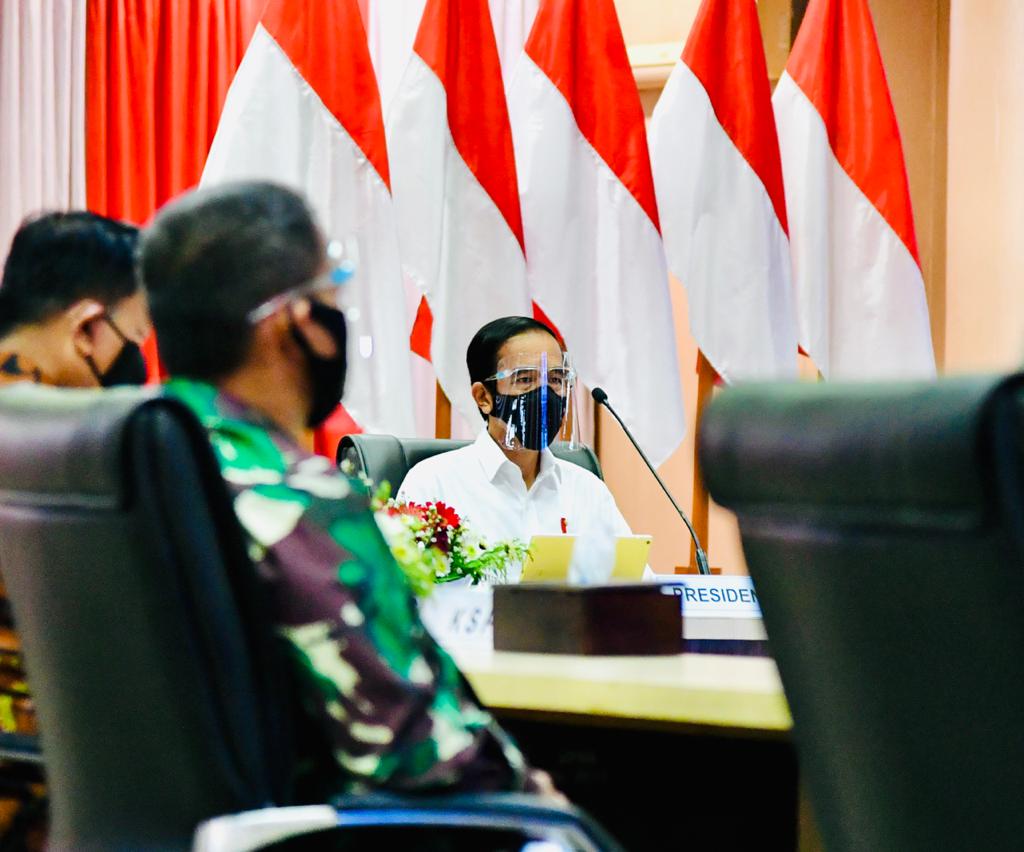 Discipline to follow health protocols is pivotal before vaccine is widely available in January next year, President Joko “Jokowi” Widodo has said.

“The Government has sealed a commitment from the United Arab Emirates and China to secure a total of 290 million doses of vaccine, mostly produced in Indonesia and some of them are produced overseas. The vaccine is expected to be available in January next year,” President Jokowi said during an inspection at Aceh Province Covid-19 Management Post, Tuesday (25/8).

On that occasion, the President also extended highest appreciation to the governor, mayors, regents, the Task Force, doctors, nurses, community leaders, volunteers, and the Indonesian Defense Forces (TNI) as well as the National Police personnel who have worked hard to control the spread of COVID-19 in Aceh Province.

According to the President, there have been 23.8 million cases in 215 countries or almost all countries in the world to date, while the deaths figure to date reaches 816 thousand people.

“All of us should be grateful that in Aceh province, the total number of cases is 1,241. This is still a small number, but don’t let it rise. There are 30 new cases and 191 recoveries,” he said.

Although the number of cases in the province is still considered small, the President ordered the Provincial TNI Chairman and the Provincial Police Chief to back up the Governor regarding campaign to wear a face mask, to maintain physical distance, to wash hands, and to  avoid public gathering.

“The health protocols order must be repeated to the public. We know how dangerous it is if we don’t wear a face mask and if we gather in large numbers,” the President said. (TGH/EN)