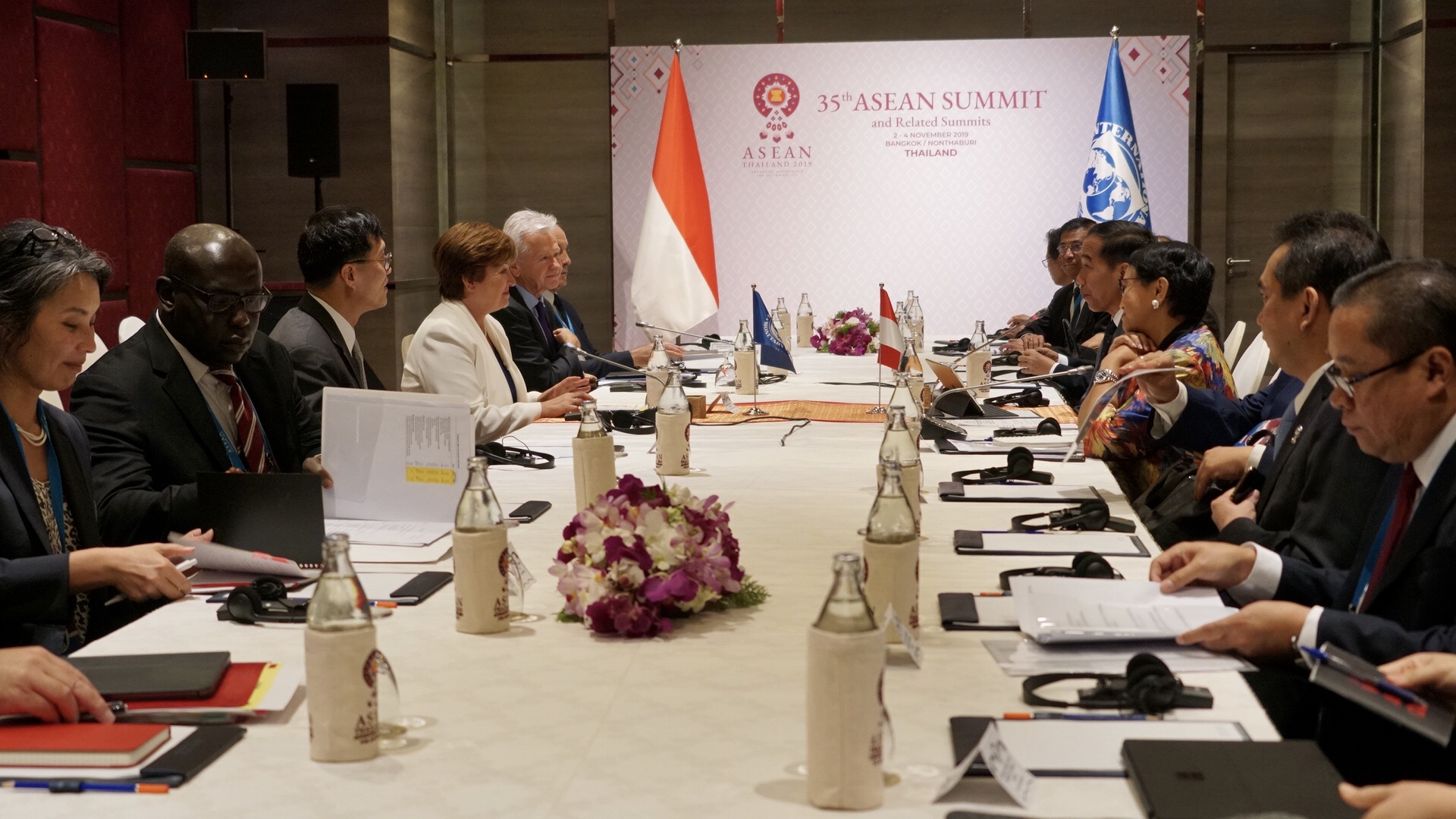 On the sidelines of the 35th Asean Summit in Bangkok, Thailand, on Sunday (3/11), President Joko “Jokowi” Widodo met with Managing Director of the International Monetary Fund (IMF) Kristalina Georgieva.

The President and the IMF Managing Director discussed global and regional economic situations.

Speaking to reporters after the meeting, Indonesian Minister of Foreign Affairs Retno Marsudi said: “According to Managing Director of the IMF, the global economy is slowing down and is projected to hit the lowest level in a decade. There are a lot of uncertainties”.

However, according to Retno, Georgieva considers that economic condition of ASEAN is getting better. “To be more exact, bright spot in the world economy is ASEAN,” Retno added.

The Minister added that President Jokowi during the meeting told the IMF delegates that Indonesia’s priority for the next five years is human capital development.