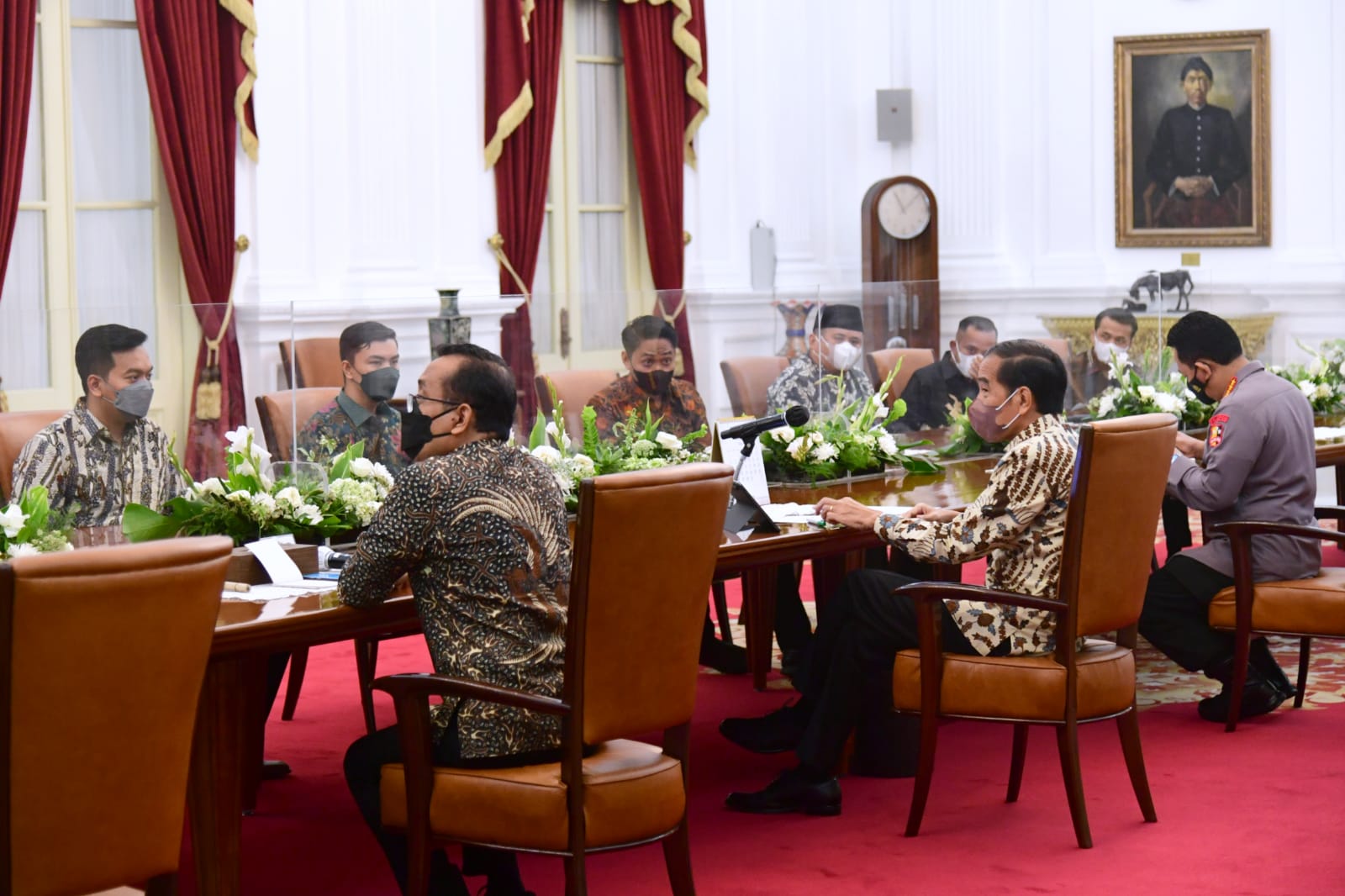 President Joko “Jokowi” Widodo, Wednesday (03/23), met with 12 student associations under Cipayung Plus group to discuss programs of the association, New Capital of Nusantara (IKN), and price stability of staple food.

In that meeting, Chairperson of the Association of Islamic Students (HMI) Raihan Ariatama said that one of programs of the Cipayung Plus group is Rumah Kebangsaan (Home for National Characters) which is aimed at preserving and maintaining the unity and harmony of Indonesia in the nation’s diversity.

Through Rumah Kebangsaan, he added, Cipayung Plus group will improve capacity of the youth particularly in creative economy and digitalization.

“Hopefully, it can create generation of young successor in Indonesia who will support the future development of the nation,” he said.

On the issue of new capital relocation, the group is committed to support the program and make it a success. Moreover, the relocation is also expected to be a legacy of the current president.

In addition, the association also told the President that stability of staple food prices has become a concern of the public.

“Our voice is heard by the President. We are also committed to share our views as a contribution to maintain price stability as we long for,” he said after the meeting.

He went on to say that President Jokowi in that meeting encouraged the youth to be creative and innovative while always maintaining critical thinking. The President also affirmed that the Government is eager to collaborate with the Cipayung Plus group to maintain and preserve the nation. (BPMI of Presidential Secretariat/UN) (RAS/HD/MMB)