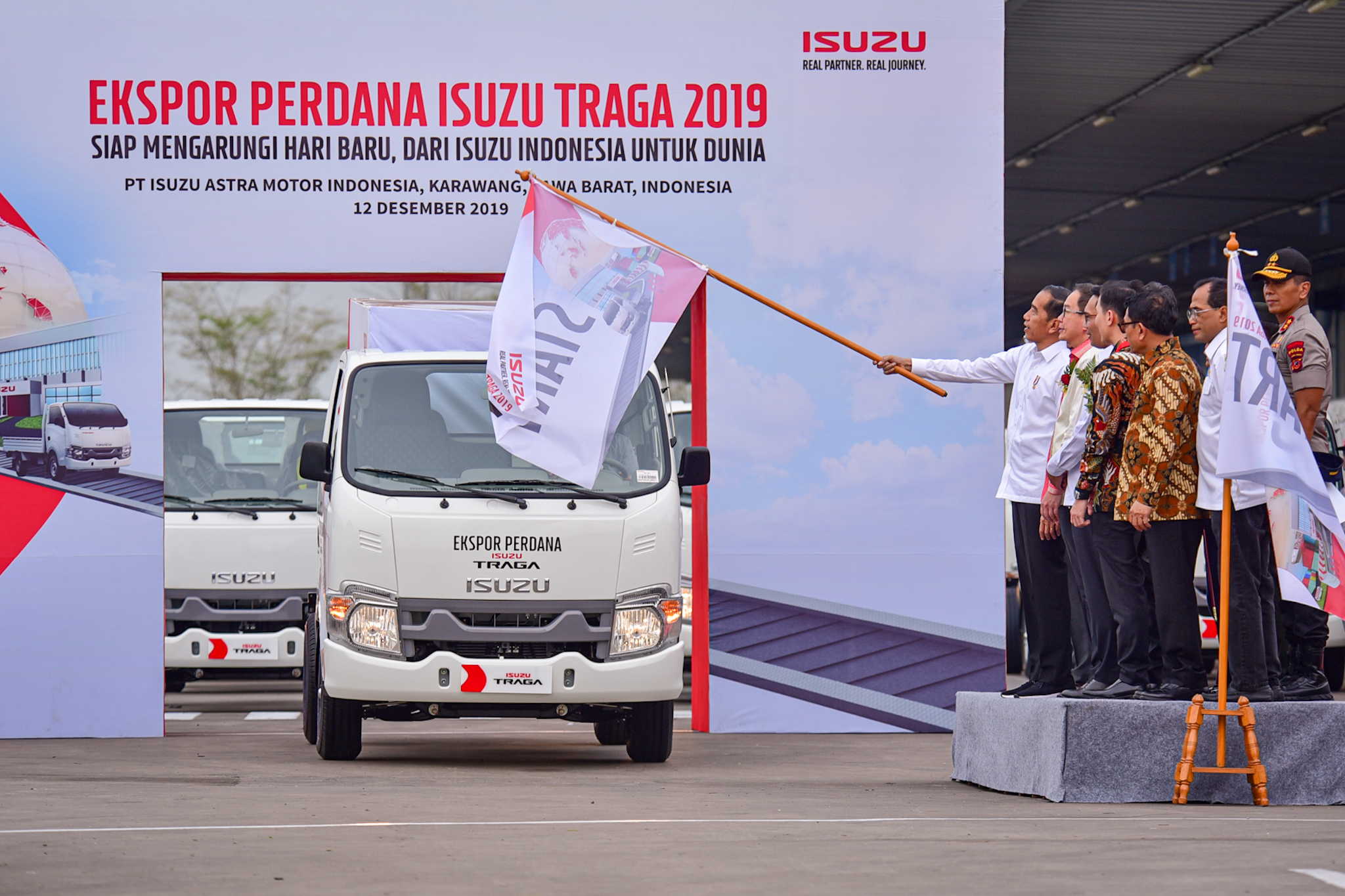 President Jokowi in his remarks said he welcomed the export of the cars even though it was only exported to one country and expressed hope that Isuzu Astra Motor will achieve its target to increase exports of 6,000 units of Isuzu Traga per year.

The President also expressed hopes that in three years, Isuzu Traga will be exported to 20 countries in Africa, East Asia, and the Middle East.

“Increase in our exports increase will give impact on reducing the current account deficit and create trade balance surplus,” he added.

“If we currently receive US$8 billion from this export, we have to triple it into US$24 billion,” the President said, adding that the automotive industry entrepreneurs should not be pessimistic in achieving the target.

President Jokowi also expressed high appreciation for PT. Isuzu Astra Motor Indonesia for its collaboration with vocational schools around the country by providing training and transmitting industrious work culture to the students. “I really appreciate if they (the students) are recruited upon graduation,” he added. (RSF/AGG/ES)