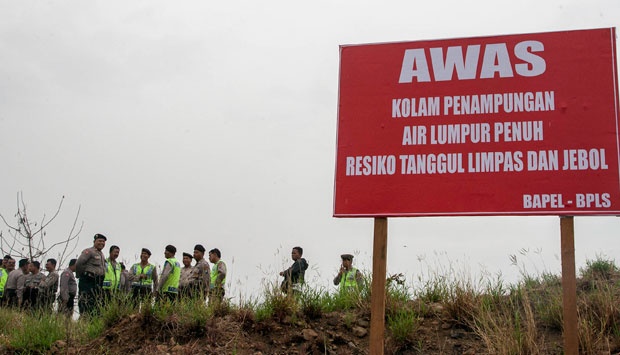 In order to improve the effectiveness and efficiency of the implementation of government affairs, the Government deems it necessary to dissolve a non-structural agency – the Sidoarjo Mudflow Mitigation Agency (BPLS). On the basis of these considerations,  President Joko Jokowi Widodo, on 2 March 2017, signed a Presidential Regulation (Perpres) No. 21 of 2017 on Dissolution of the BPLS. “With this Perpres, the BPLS is dissolved,” reads Article 1 of the Perpres.

Under the Perpres, the implementation of the tasks and functions of the BPLS will be carried out by the Ministry overseeing the public works.

Meanwhile, when it comes to the financing, employees, equipment and documents of the BPLS, under the Perpres, they will be shifted to the Ministry overseeing the public works in accordance with the provisions of laws and regulations. “The transfer as intended shall be coordinated by the Ministry of the Empowerment of State Apparatus and Bureaucratic Reform, involving elements of the Civil Service Agency (BKN), the Development Finance Comptroller (BPKP), the National Archives of the Republic of Indonesia (ANRI) and the Ministry of Finance,” reads Article 3 paragraph (3) of the Perpres.

Article 3 (4) of the Perpres stated that the transfer as intended shall be completed within 1 (one) year at the latest from the date of enactment of the Perpres.

When it comes to the financing for the dissolution of the BPLS, according to this Perpres, it shall be imposed on the State Budget.

In addition, with the dissolution of the BPLS, the handling of social problems by way of purchasing lands and/or buildings of the communities affected by mudflow in Sidoarjo with payment in stages in accordance with the Map of Affected Area dated 22 March 2007, as contained in the annex which is an inseparable part of the Perpres, with the deed of purchase and sale which include proof of land ownership which contained land area and location approved by the Government, is still being carried out by PT. Lapindo Brantas. “The lands and/or buildings, which are in the area of ??the handling of mudflow outside the Map of Affected Area dated 22 March 2007 in which the purchase is borned in the State Budget in the handling of social problems in the region, constitute the State Property (BMN),” reads Article 5 point (b).