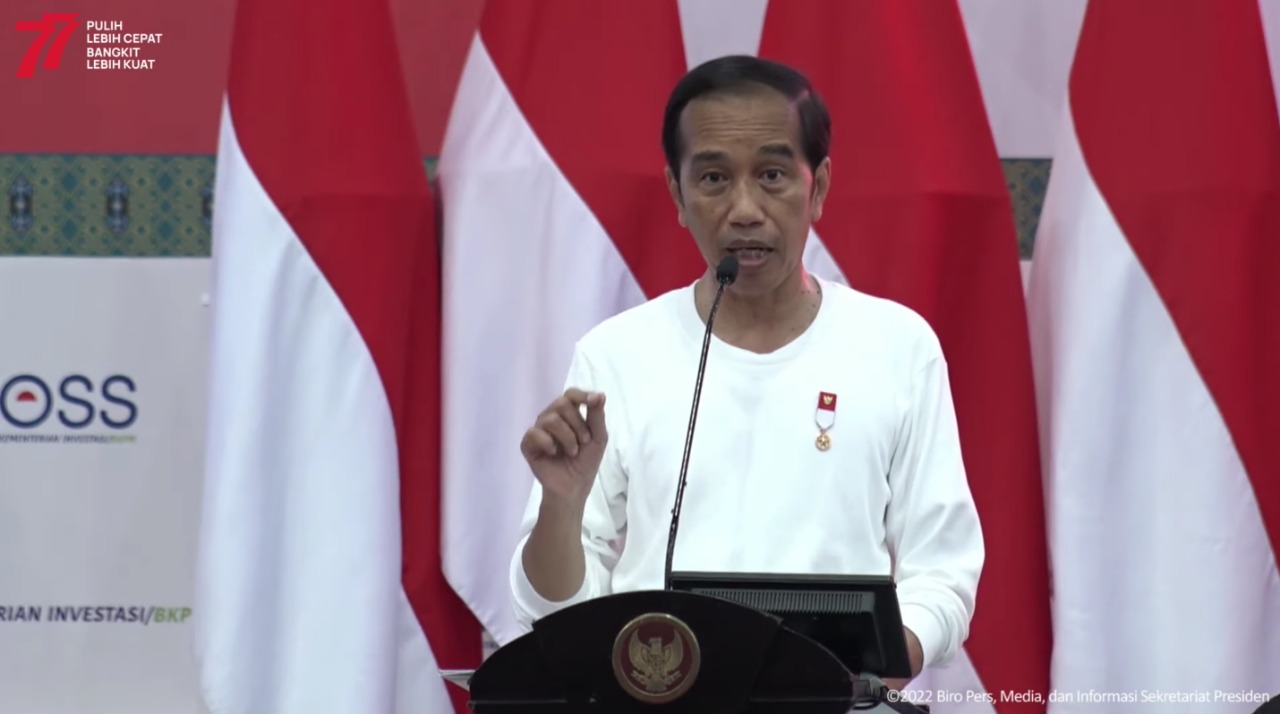 “I am pleased that the first distribution of NIB outside the island of Java can be carried out in Papua, in Jayapura to be precise,” the President said.

According to the President, micro, small and medium enterprises (MSMEs) provide great contributions to the national economy, but only a few MSMEs actors have already obtained NIB.

“We are aware that 61 percent of Indonesia’s Gross Domestic Product (GDP) is contributed by MSMEs. Almost 97 percent of workers’ affairs and employment are also affected by our MSMEs, which amount to approximately 64 million. However, Minister of Investment reported that only 1.8 million obtained NIB,” he said.

On that occasion, the President also underscored that NIB can be used by business actors to access banking services.

“All individual MSMEs can become formal entrepreneurs because you already have NIB. With this license, you can access capital from banks and apply for People’s Business Credit (KUR),” he said, while urging business actors to be careful and to calculate in detail before applying for loans from a bank.

“Do not make a mistake in calculating because it is not your own money. That’s the bank’s money that must be returned, that must be paid in installments every month. If you do the math and you cannot pay it, you do not have to borrow the money. If you find that it is still profitable, go ahead,” he said.

The President also expressed appreciation to stakeholders who have supported efforts to encourage Indonesian MSMEs to level up.

“I appreciate Minister of Investment. We hope that banks, PT Permodalan Nasional Madani (PNM), and all financial institutions can provide opportunities for MSMEs in Papua to enter the financial system since all of you already have NIB,” the President remarked. (TGH/UN) (RIF/EP)