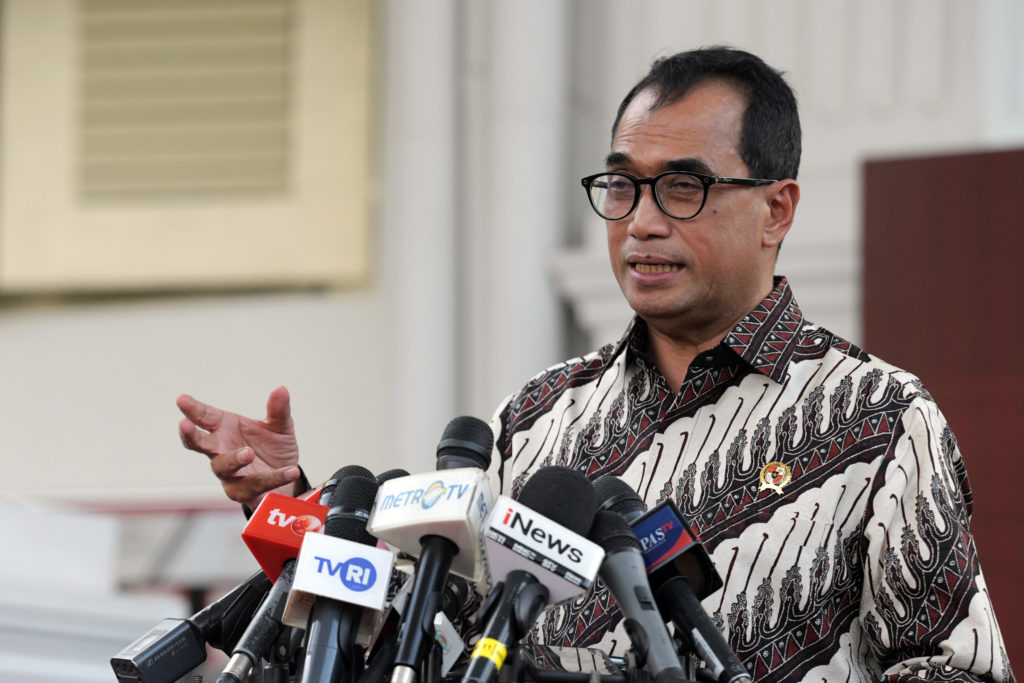 Minister of Transportation Budi Karya Sumadi gives a press statement after attending the meeting at the Presidential Palace in Jakarta, Wednesday (11/02). (Photo by: PR of Cabinet Secretariat/Rahmat)

This was conveyed by the President on Wednesday (11/02), while chairing a limited meeting discussing the development and arrangement of urban mass transportation, at the Merdeka Palace, Jakarta.

Budi stated that there must be an example in developing mass transportation modes, and Jakarta is currently considered as a fairly representative city to set an example.

“One of the most representative cities to be set as an example is Jakarta. Jakarta already has an MRT [mass rapid transit], LRT [light rail transit], and BRT [bus rapid transit] that will be added later, and they are the assets of Jakarta and other cities,” he said.

Budi gave an example, for the Greater Jakarta LRT, the regional governments of Bekasi, Bogor, and Jakarta are required to provide the feeder, whether buses or other modes of transportation.

“It was agreed that the regional governments, both Jakarta and South Sumatra governments would support the provision of feeders, the intersections known as stations,” he explained.

On the occasion, Budi also reported to the President on the status of MRT construction in Jakarta. Investors for this project are not only from Japan but also from South Korea and the UK who will join as a consortium, he added.

“During the G20, we plan to have an agreement to be signed by the Indonesian Ministry of Transportation, Jakarta’s local government, Japanese, South Korean, and British parties, so it will serve as the legal base that can be relied on,” he concluded. (TGH/AIT/UN) (YC/AW/MUR)