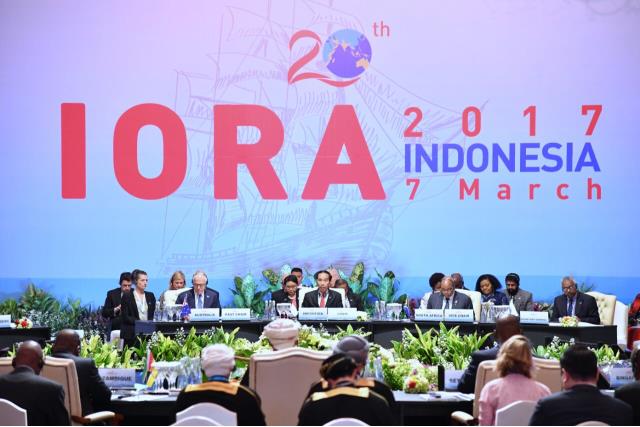 In addition to practical solutions, the President also reminded the leaders of IORA member states to build a culture, given culture constitutes the root of everything, including the social and political culture. “So the root of everything is culture, including the social and political culture,” the President said.

President Jokowi gave an example that in order to build a community that works hard and seizes the existing opportunities, it is necessary to have an openness-oriented culture, including the willingness to listen, full of understanding, not only full of tolerance but also receives the difference. “We must educate our nation in seeing the differences not as something that comes between us, rather as something that enriches us to work together,” the President added.

President Jokowi also expressed his appreciation and gratitude to various contributions of the leaders at the IORA Summit, the Ministers, Senior Officials, and members of delegation for their hard work in organizing the IORA Summit and produced the Jakarta Concord and the IORA Action Plan. “On behalf of the IORA community, I would like to extend my profound gratitude for your attendance in Jakarta this week,” the President said. President Jokowi also congratulated South Africa as the next chair of IORA. “I will see you in South Africa,” the President concluded. (RMI/FID/RAH/JAY/ES) (MUR/YM/Naster).