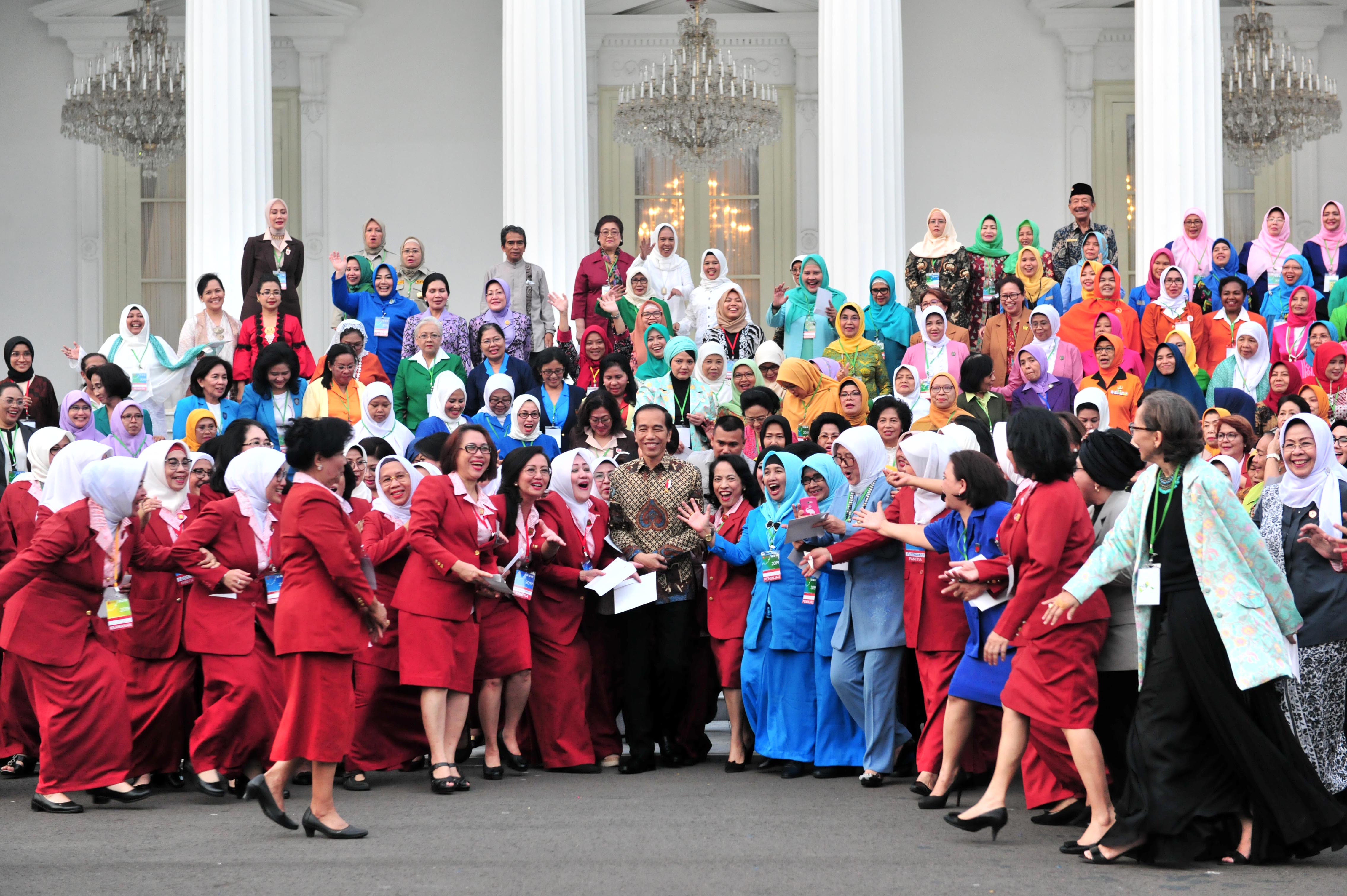 It is easier for ideologies infiltration from others to enter the country, yet it is difficult to filter and block them since the openness of social media has triggered us to receive any information from other countries quickly in seconds, President Joko “Jokowi” Widodo has said.

“It will be great if the information received is good and positive than the negative one because it may give a negative impact on children, especially in their noble characters, ethics, and norms,” President Jokowi said in his introductory remarks at the Opening of XXV Indonesian Women Congress (Kowani) at the State Palace, Jakarta, Tuesday (3/12).

President Jokowi further said that the country is facing the dynamics of intense global competition that rapidly changes.

“Those are things that we should be concerned about. We are Indonesian people, our children are facing fierce global competition now and in the future,” the President said.

At this point, he continued, we will rely on the excellence of our human resources. He said that the fate of the nation will be determined by the youth since it required young generations who are talented and have nationalist spirit.

“For that reason, the Government will focus on human resource development. It becomes the Government’s top priority in the next five years,” said the President.

On that occasion, President Jokowi encouraged the Kowani to participate in human resource development program. He said that the Government desires to create excellence human resources that have noble characters, good skills, as well as to create experts in science and technology, while adding that the role of a mother is important to educate the nation’s next generation.

According to him, nowadays almost every child has a gadget and therefore it is not easy to educate them. It requires hard work to educate the next generation to have excellent mental and characters which are productive, confident, optimistic, a noble character with high value of integrity and morality, as well as value of tolerance, harmony, and caring.

“Don’t let us lose. We should replace incorrect information in social media with the correct one so that our children will not be affected by negative information,” he added. (TGH / JAY / ES)