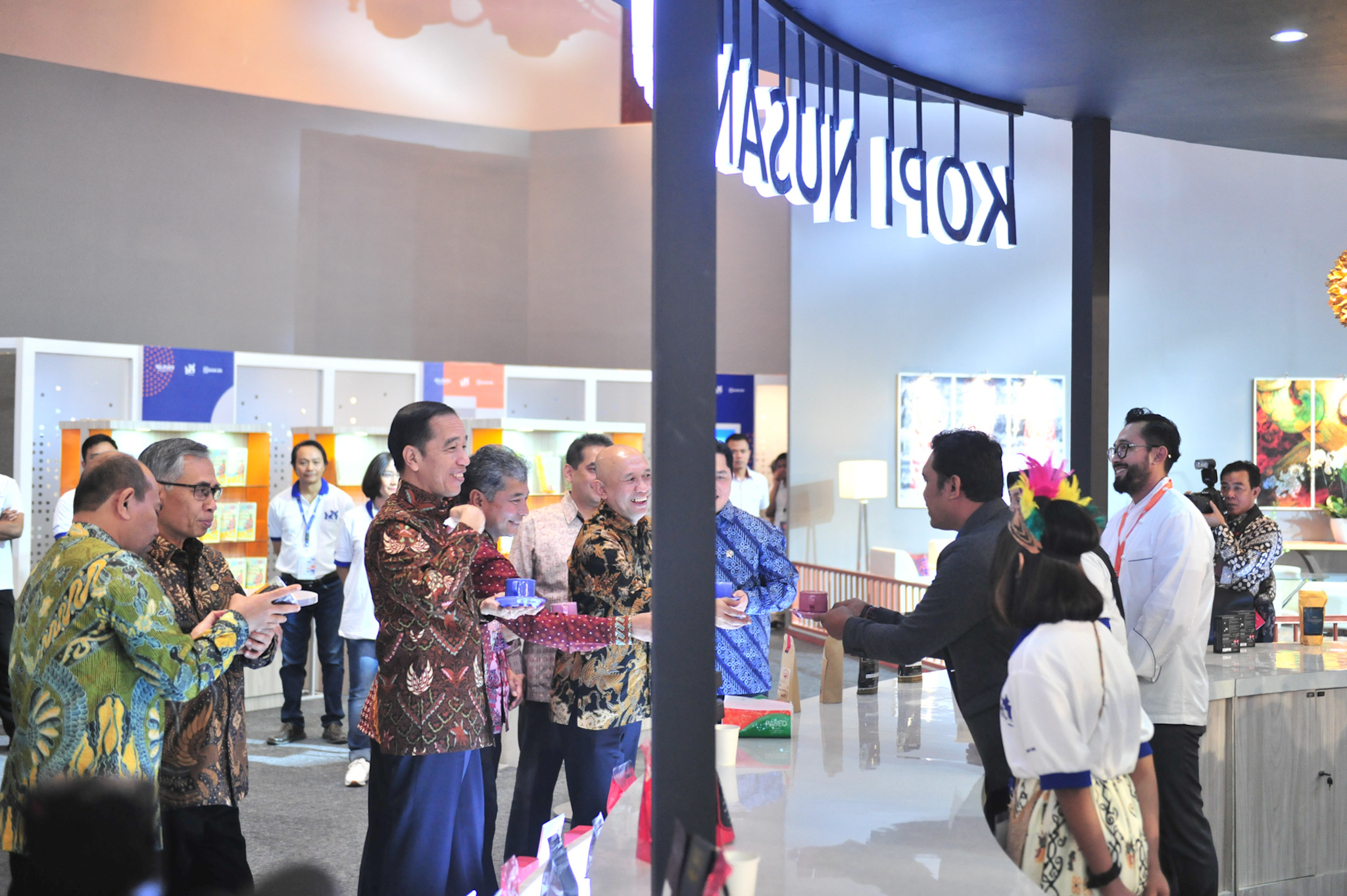 President Joko “Jokowi” Widodo said that Indonesia’s domestic market is huge thus it should not be flooded with imported products.

However, the President admitted that it is not easy to stop the flow of imported products in the domestic market due to the open economy system.

The only way to compete with imported products is to excel the domestic products, including pricing, product varieties, or packaging, the President added.

The President also reminded that we should not only focus on export and let imported products flood the domestic market.

He went on to say that Indonesia’s export is still dominated by large businesses. However, he continued, the MSMEs should not be discouraged by this fact, saying that he is quite optimistic that the position will be reversed.

“The volume of exports by large companies is at 85.6%, while the remaining 14% is contributed by the MSMEs,” the President explained.

The President expressed optimism that the MSMEs’ products will dominate the export market as long as they have high-quality standards so that they can compete with other countries.

On the occasion, President Jokowi also praised the products showcased at the fair, saying that the products are very well-designed in terms of quality and packaging.

“It means that the products here seem to be well-selected, “said the President.

According to the President, the next step is how to increase the capacity to boost exports. (MAY/JAY/ES)