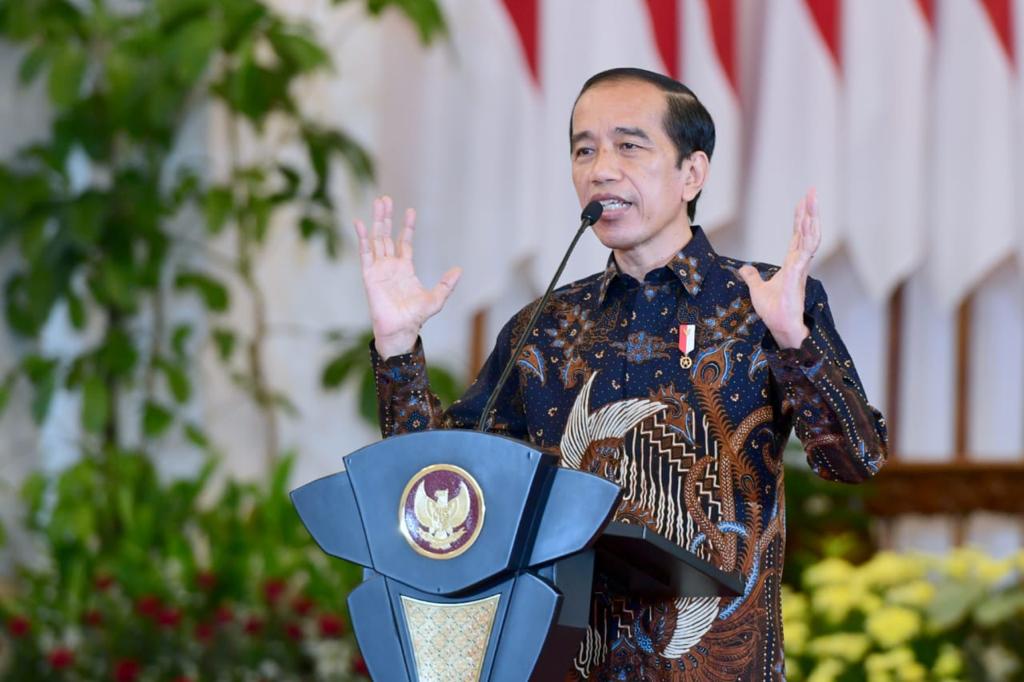 “The position given to you is indeed an honor, but it is also a big responsibility, a heavy responsibility. Therefore, do not just follow the existing procedures. They must be goal-oriented, they must be result-oriented. Our orientation is the results. You must have the courage to innovate, not just carrying out routine,” President Jokowi said to the participants of the 2021 Regional Head Coordination Meeting virtually from the State Palace, Jakarta.

The President demanded the regional heads to not only be satisfied with reading reports but must immediately carry out checks and controls in the field. Today, innovation, speed, and accuracy of policies are urgently needed, therefore they need to work using a priority scale.

“Ladies and gentlemen, you have to make a focused policy with a clear priority scale so that later the budget allocation is also more focused and concentrated. I saw that one province had an up to 40,000 activity budget items. In my opinion, the fewer activities to manage, the easier they are to control and check and the results will be visible,” he said.

The regional heads were also advised to make several large activities with a budget that is concentrated on these activities rather than being divided into many small activities. Thus, the results will be seen and felt by the community.