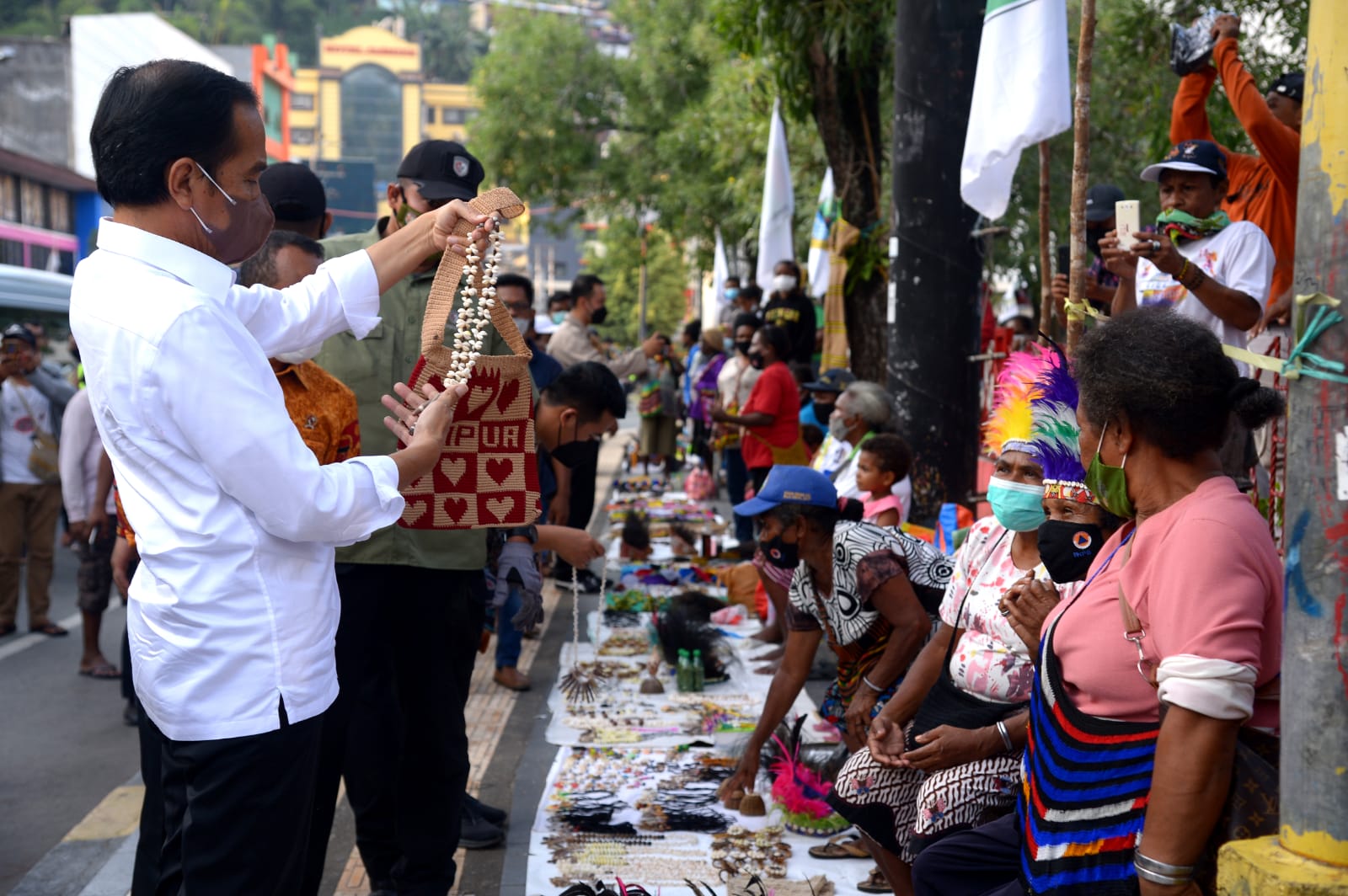 Off the agenda, in his working visit to Papua, President Joko “Jokowi” Widodo and his entourage come by the Noken Market, Imbi Park, Jayapura, on Saturday afternoon (13/11/2021).

At the market, President Jokowi and his entourage bought the noken and various Papuan handicrafts. The noken, a Papuan traditional bag made of woven or knotted bark traditionally used to carry items ranging from groceries to babies, has been acknowledged as a UNESCO Intangible Cultural Heritage item since 2012. Each village in Papua has its own signature noken.

The ladies who are selling at the market said they were happy since President Jokowi came by and shopped at the market. Moreover, the President’s entourage, including members of Presidential Security Detail (Paspampres), also bought the Papuan traditional bags and used it right away.

Also accompanying President Jokowi in the working visit were Minister of State Secretary Pratikno, Minister of Youth and Sports Zainudin Amali, and Minister of Investment/Head of Investment Coordinating Board Bahlil Lahadalia. (Bureau of Press, Media, and Information Affairs of Presidential Secretariat/UN) (AW/MUR)