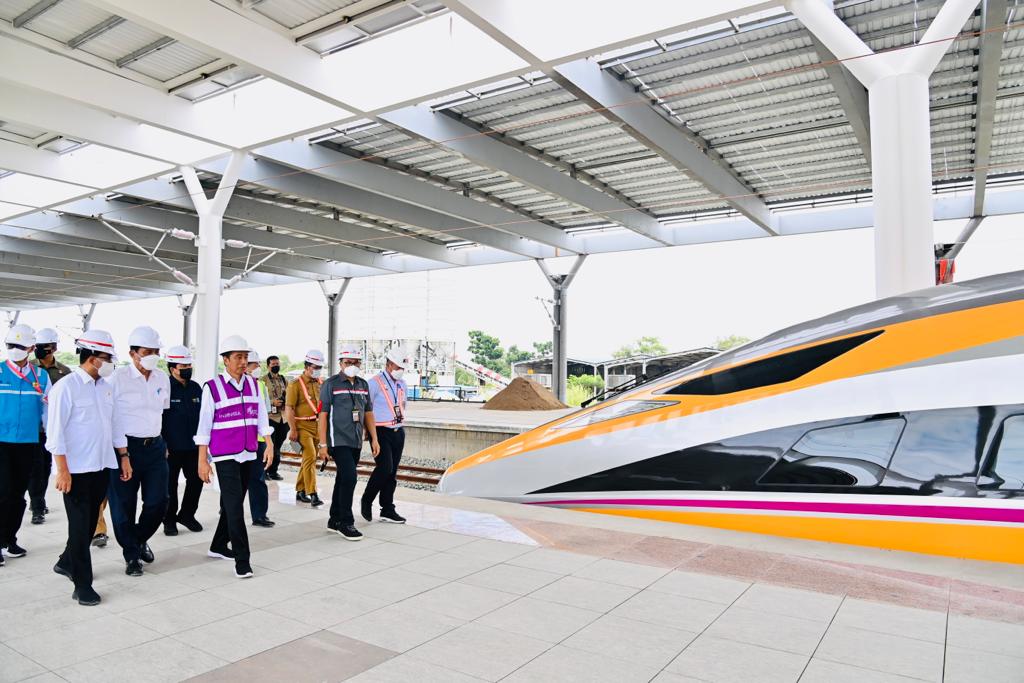 President Joko “Jokowi” Widodo inspected the progress of Jakarta-Bandung High-speed Railway (KCJB) during his working visit in West Java province, on Thursday (10/13). In his statement, the Head of State expressed hope that the KCJB project which has been 88,8 percent completed can increase mobility and competitiveness, and also create new economic centers.

“We hope that the KCJB can increase and improve people and goods’ mobility. Also, our competitiveness will be more strengthened, and new economic centers will emerge in Jakarta, Bandung, and also Bandung regency,” President Jokowi said in his statement after the inspection in Tegalluar Station, the infrastructure zone of Indonesia-China high-speed railway company (PT KCIC), Bandung regency.

In addition to domestic potentials, the Head of State also hopes that the KCJB project ─ the first high-speed railway in ASEAN ─  can enhance connectivity among ASEAN countries. He mentioned that the plan is already incuded in the ASEAN master plan in order to boost the competitiveness in the region.

“It has been included in ASEAN master plan, so the connectivity among ASEAN countries can be realized in order to boost ASEAN’s competitivenes,” he explained.

“The operational phase will be launched insyaallah around  June 2023,” he remarked.