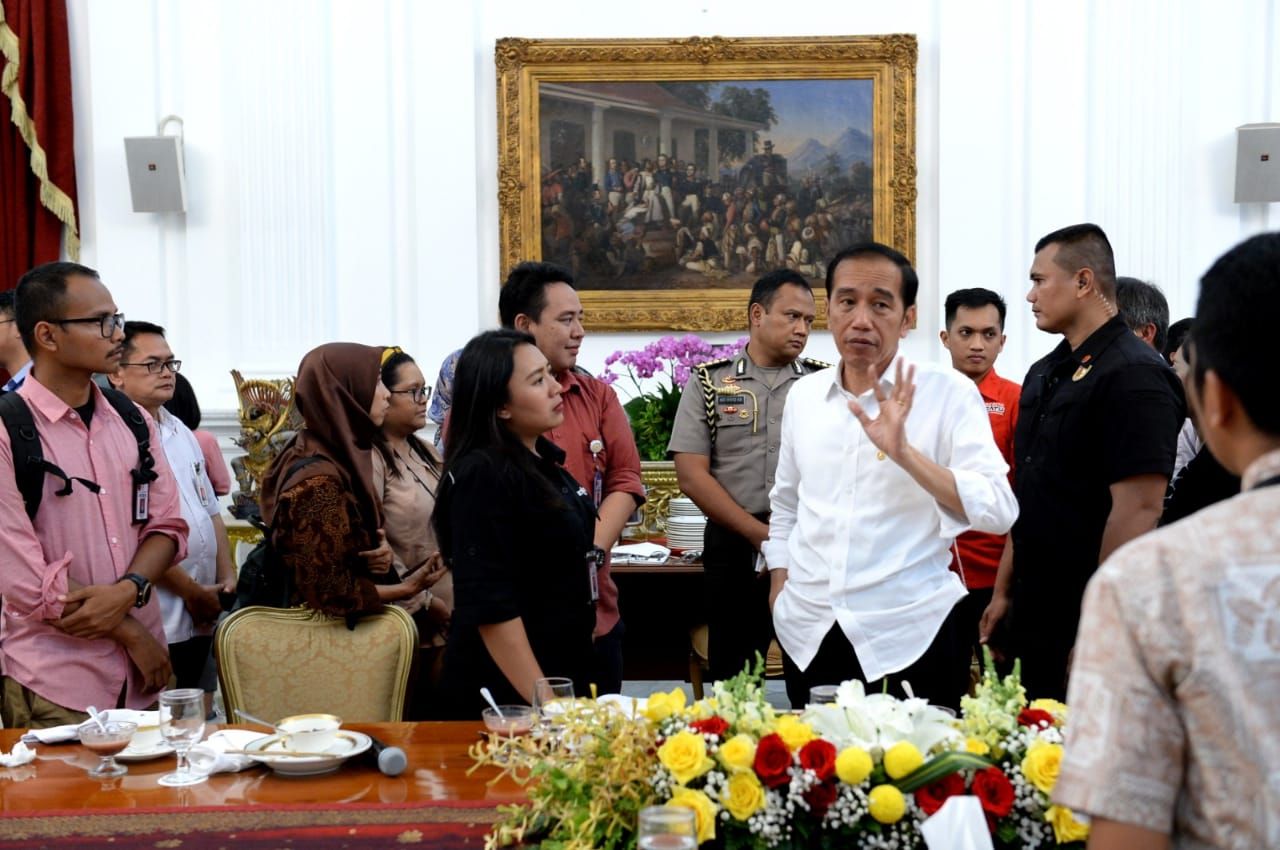 Appointed Presidential Special Staffs are expected to be able to provide input for renewal and contribute to innovations in terms of policymaking, President Joko “Jokowi” Widodo has said.

“For instance, I have discussed Pre-Working Card with them. I instructed them to conceptualize the Card so it could be easier to control and to implement,” President Jokowi said to reporters at the Merdeka Palace, Jakarta, Monday (2/12).

Secondly, the President continued, regarding Fostering Economy of the Prosperous Family (Mekaar) recipients whose products were various. I instructed them to improve their packaging, labelling, and product brand, then provide them a good marketplace.

“I also asked them to provide inputs for our education system,” the President added.

According to President Jokowi, there was a different idea between him and his young special staffs. However, in this vast territory of Indonesia, technological innovation will make it easier to synchronize the idea.

He pointed to an example of 75,000 villages that could be properly-controlled by the Government. “I believe that there will be good innovations from my special staffs, because they are not ordinary people,” he said.

In the meantime, the President went on to say that these young generations have more enthusiasm than the elders, regarding one of his special staffs that has been bullied by netizens for his tweet on the internet.

“It is normal since he was too enthusiastic and made a little mistake. He also has apologized,” the President said.

He did not question the issue. “They are still in the process. Give them wide space to be good leaders, to interact with the community, to see and understand the country more broadly so that they will be inspired and come up with good innovation ideas,” the President added. (MAY / ES)