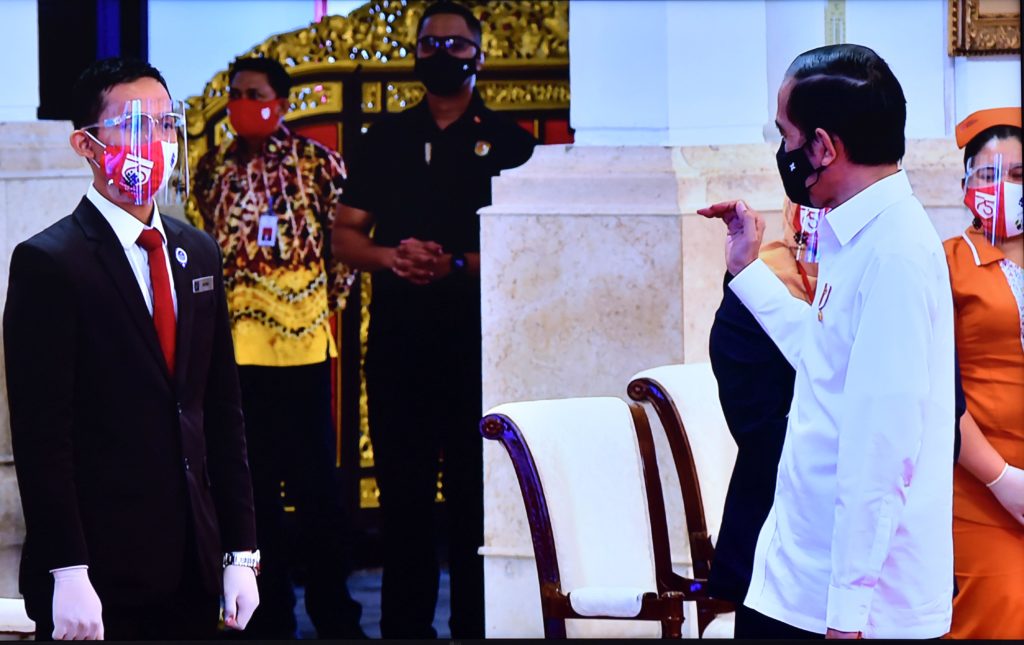 President Jokowi talks to a worker who will receive wage subsidy, at the Launching of Wage Subsidy Program for Workers/Laborers, at the State Palace, Jakarta, Thursday (27/8). (Photo by: PR/Jay)

The statement was made by President Joko “Jokowi” Widodo during the Launching of Wage Subsidy Program for Workers/Laborers, at the State Palace, Jakarta, Thursday (27/8).

The President noticed that COVID-19 pandemic has caused layoffs and declining business turnover that largely affected the household consumption.

“For that reason, the Government launched economic stimulus program. For example we will disburse subsidy to 15.7 million workers. We have also provided emergency working capital amounting Rp2.4 million per person to 12 million micro, small, and medium businesses as well as provided cash assistance to 9 million people,” he said.

On that occasion, President Jokowi once again reiterated that 215 countries are facing economic slowdown. The effects are not only experienced by small enterprises but also medium and big ones; all layers of society are suffered from health and economic problems.

“Those who have been regularly paying BPJS Ketenagakerjaan (Workers Social Security Provider Body) monthly premium until June 2020 are eligible,” he explained.

On that event, a nurse who received the subsidy expressed her gratitude to the President, the Government, and BPJS for providing assistance for those who are in need.