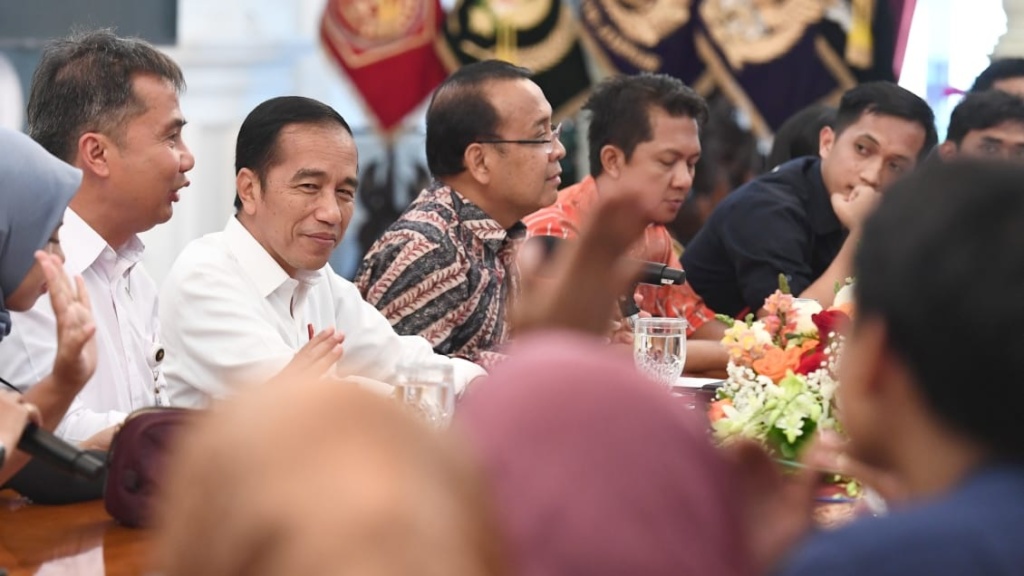 President Joko “Jokowi” Widodo has appointed and inaugurated new Cabinet Ministers at the State Palace, Jakarta, Wednesday (23/10). After the inauguration, the President explained to the press the reasons behind his Cabinet picks.

President Jokowi explained that the appointment of dr. Terawan Agusputranto as Minister of Health is based on his performance during overseeing Gatot Subroto Army Hospital.

The second reason, he added, is that dr. Terawan has a good global reputation, and was the Chair of the International Committee on Military Medicine (ICMM), an organization of world military doctors. In addition, the experience of dr. Terawan is also needed to deal with endemic disasters and threats.

“Disaster and endemic threats still exist in Indonesia. We will focus on preventive measures, including by promoting healthy lifestyles and healthy eating habits,” the President explained.

As for the appointment of S.T. Burhanudin as Attorney General, President Jokowi said that he needs a person from the internal institution who has experiences in the Attorney General’s Office.

For the record, S.T. Burhanudin has previously served as Deputy Attorney General for Civil Affairs and State Administration.

“During our meeting, the Attorney General talked about institution improvement and corruption prevention. I think that’s what I’m very interested in,” the President said.

For the position of Minister of Home Affairs, President Jokowi appointed Tito Karnavian because he has experiences and good relations with regions while serving as the Indonesian National Police Chief. The President gave an assignment to Tito Karnavian to oversee employment creation so that investment in the regions could run well.

“I have also instructed (him) to work hand in hand with regional leaders to improve public services in the regions in order to provide good services to business entities and investors as well as to create jobs,” President Jokowi added.

For Minister of Law and Human Rights, President Jokowi has instructed Yasonna Laoly to improve the Ministry and to complete the omnibus law.

“(I have instructed him) to amend 74 laws in order to improve existing public services as well as services to business entities, so that we can create concrete employment opportunities. I think that is the Minister’s task, including those related to prison management,” the President stated.

During the meeting, President Jokowi was accompanied by Minister of State Secretary Pratikno and Deputy for Protocol, Press, and Media of Presidential Secretariat Bey Machmudin.