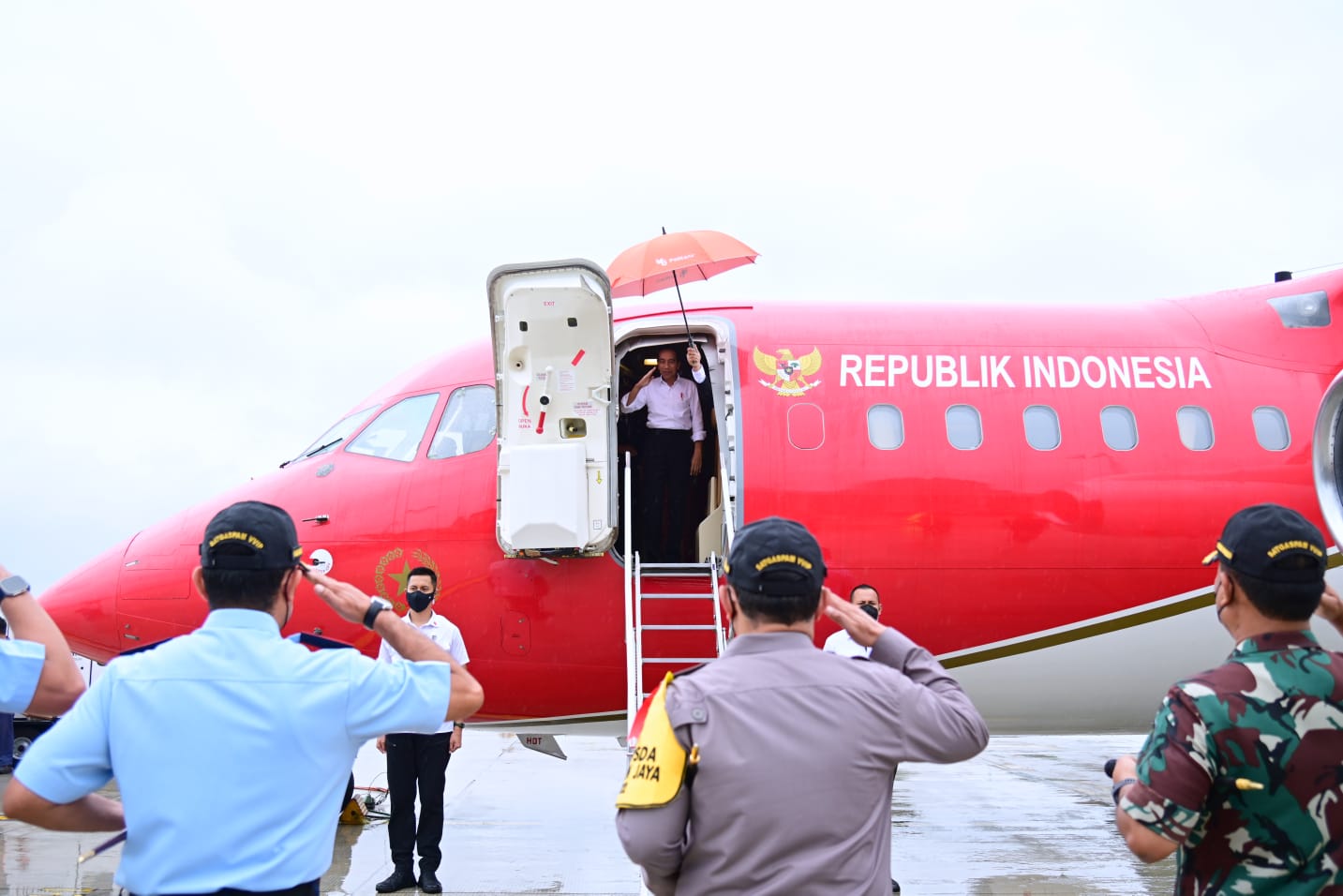 Bima traditional dance called Weha Ao was performed by a group of dancers to welcome the President and the entourage.

Afterwards, President Jokowi and the First Lady moved toward the hotel to stay overnight before conducting a working visit on the next day.

President Jokowi and the First Lady, and the entourage headed to West Nusa Tenggara province through Halim Perdanakusuma Air Base, Jakarta, by Presidential Aircraft Bae-RJ85 at about 13.30 Western Indonesian Time.

Among the entourage were Minister of State Secretariat Pratikno and Minister of Public Works and Public Housing Basuki Hadimuljono. (Bureau of Press, Media, and Information of Presidential Secretariat/AIT)(AW/EP)