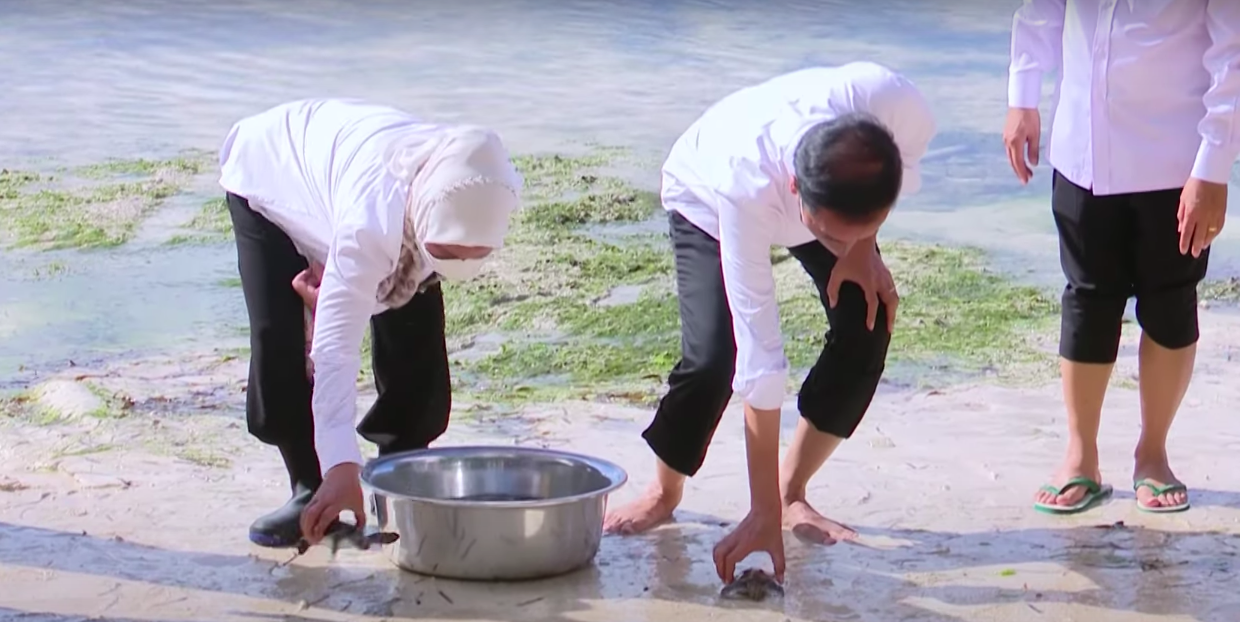 “Today I am in Wakatobi, Southeast Sulawesi province to release turtle hatchlings to the sea to maintain our marine ecosystem,” he said in his press statement following the event.

“In Wakatobi, there is a national park with an area of 1.3 million hectares. There are also many exquisite coral reefs here. Therefore, we also transplanted coral reefs to preserve coral reefs in the waters of Wakatobi,” he said while expressing optimism that if similar activities are carried out in other regions as well, the marine ecosystem can be preserved well.

“I think if such activities are conducted not only in Wakatobi but also in other provinces, other regencies, other cities, I suppose we can continue to maintain our marine resource conservation and ecosystem,” he said.

The President also expressed appreciation to the local community and environmental community organizations for initiating the turtle hatchling release.

“This is an excellent event from all people and also from environmental community organizations. This movement must continue to be run,” he said while expressing hope that the coral reefs in the regency can be maintained well.

“The coral reefs in Wakatobi must be maintained carefully. Do not let it be broken even just a little because it will be a great asset for Wakatobi, for Southeast Sulawesi province to build a blue economy in the future. This is just the beginning,” he remarked. (TGH/UN) (DH/MUR)