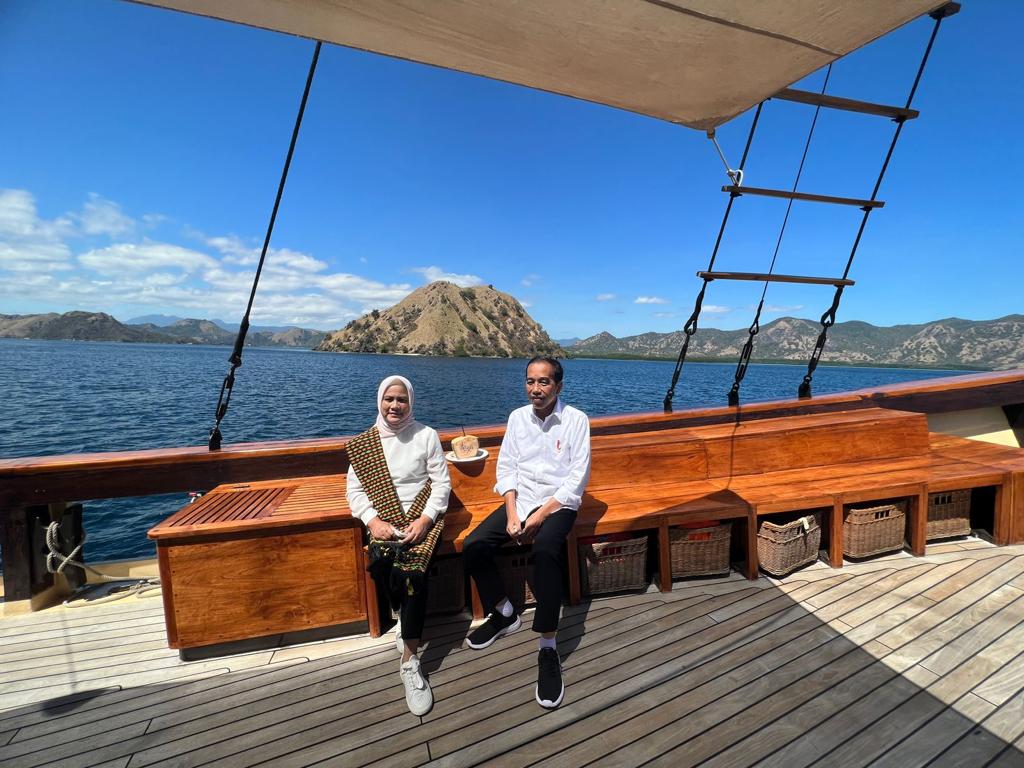 President Jokowi and the First Lady traveled on a phinisi boat for approximately 2 hours 30 minutes, while having a discussion with ministers about development in Labuan Bajo and the surrounding areas.

Besides having a discussion, the President also took pictures with First Lady Ibu Iriana. The action portrayed what the President said during the inauguration of the airport expansion this morning.

“Labuan Bajo has everything. Rich in culture, and the scenery is also breathtaking,” the President said at the inauguration. (BPMI of Presidential Secretariat/AIT) (RIF/MMB)