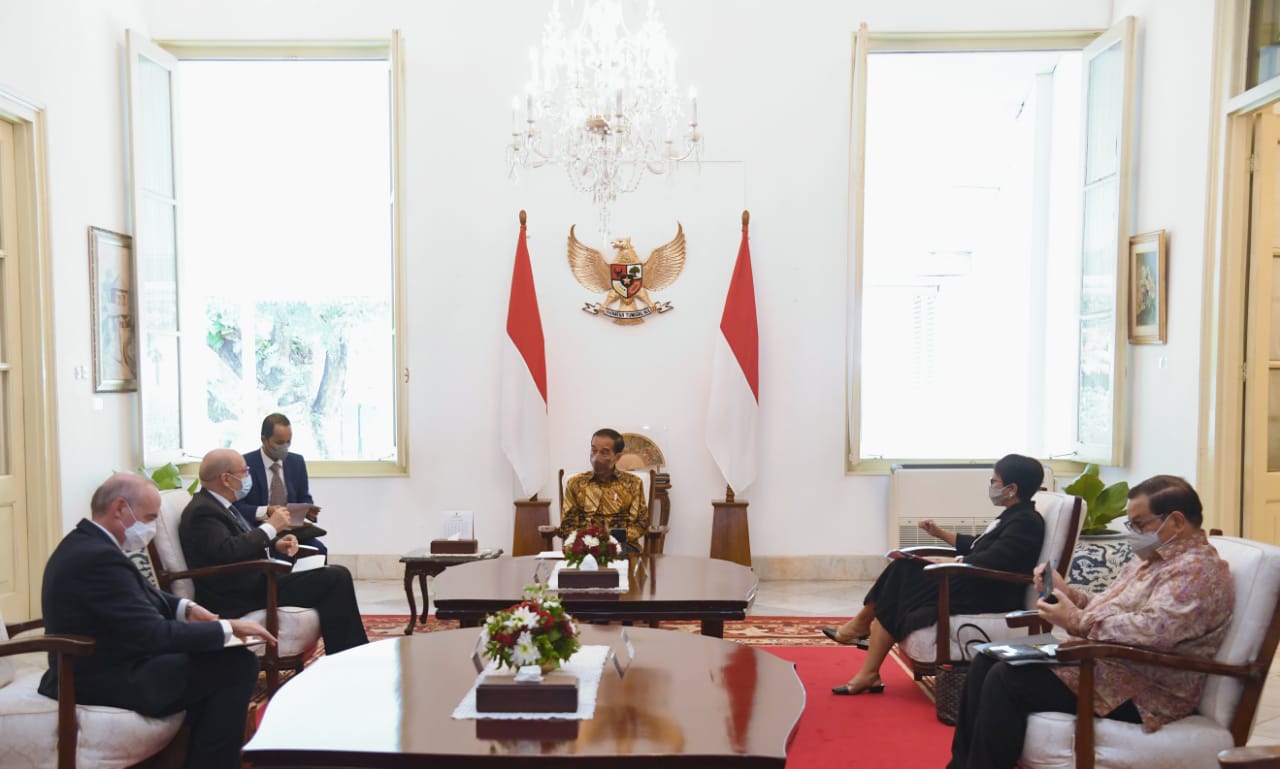 President Joko “Jokowi” Widodo, Wednesday (24/11), at the Merdeka Palace hosted French Minister of European and Foreign Affairs Jean-Yves Le Drian who is in Indonesia for an official visit.

“I would like to deliver several points. First, I agree we need to intensify our communication next year since Indonesia will be the Chair of G20 and France will be the President of the European Union,” President Jokowi said.

Second, during the presidency of France at the European Union, the President also expressed hope that negotiations in the Comprehensive Economic Partnership Agreement (CEPA) between Indonesia and the European Union will be expedited and is expected to yield concrete result.

Third, the President expressed hope that France can partner with Indonesia to promote an open, just, and non-discriminative trade. The President also expressed support sustainable trade.

“I really support sustainable trade. However, I disagree over the environmental issues used to hinder the trade,” he said.

Fourth, President Jokowi expressed appreciation for the development of the bilateral relations by a new dialog mechanism, namely the 2+2 meeting (Minister of Foreign Affairs–Minister of Defense) between the two countries.

Fifth, President Jokowi expressed his appreciation for France for the support for Indonesia in providing 4.8 million doses of vaccine.