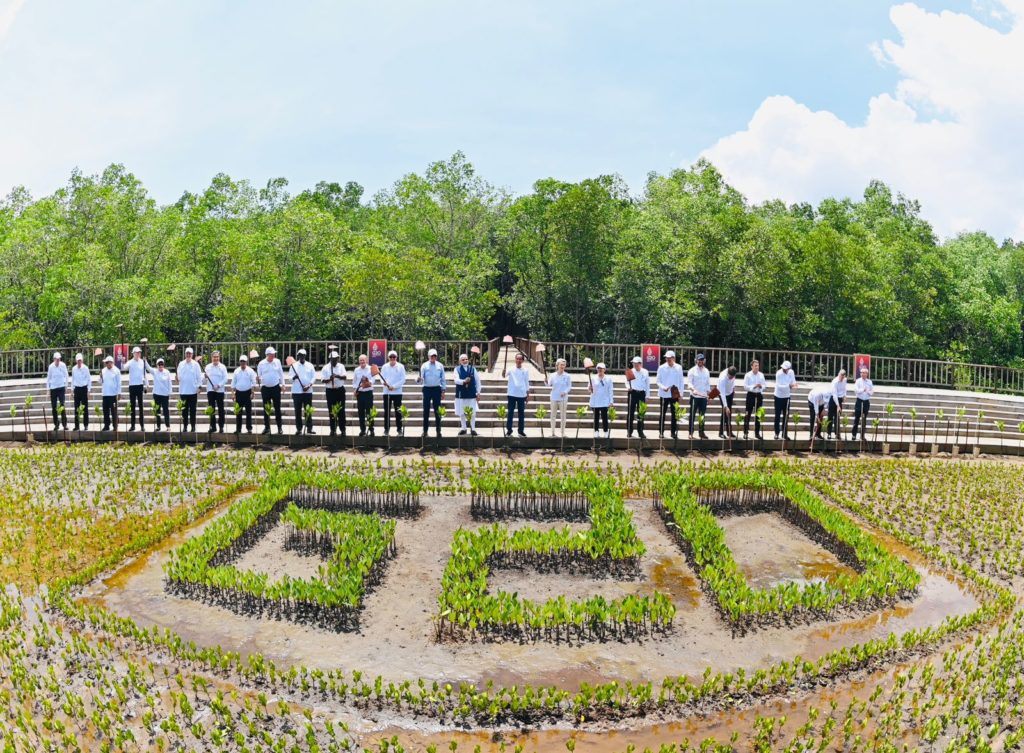 At the park, the President and G20 leaders planted mangrove and checked out various species of mangrove.

“Once again, this is Indonesia’s concrete action on climate change. Therefore, I stated that Indonesia calls on the G20 member countries to collaborate, to cooperate in taking a real action in green development, inclusive green economy development,” he said after the event was held.

The President also pointed out that Ngurah Rai Forest Park is an example of the Indonesian Government’s success in restoring mangrove ecosystem, adding that the 1,300-hectare area that was an abraded fishpond area has now become a home to 33 species of mangrove and 300 faunas.

“As a country with the largest mangrove forest in the world, namely 3.3 million hectares of mangrove forest, Indonesia wants to contribute to tackling climate change,” he said.

The leaders of the G20 member countries also expressed their appreciation for the Indonesian Government’s efforts for green energy transition and tackling climate change.

According to President Jokowi, Indonesia will create similar mangrove forests in 33 locations in 2023.

“I suppose that inspires leaders to take concrete action on both green energy transition and green economy in response to climate change,” he said. (SLN/UN) (DH/MMB)