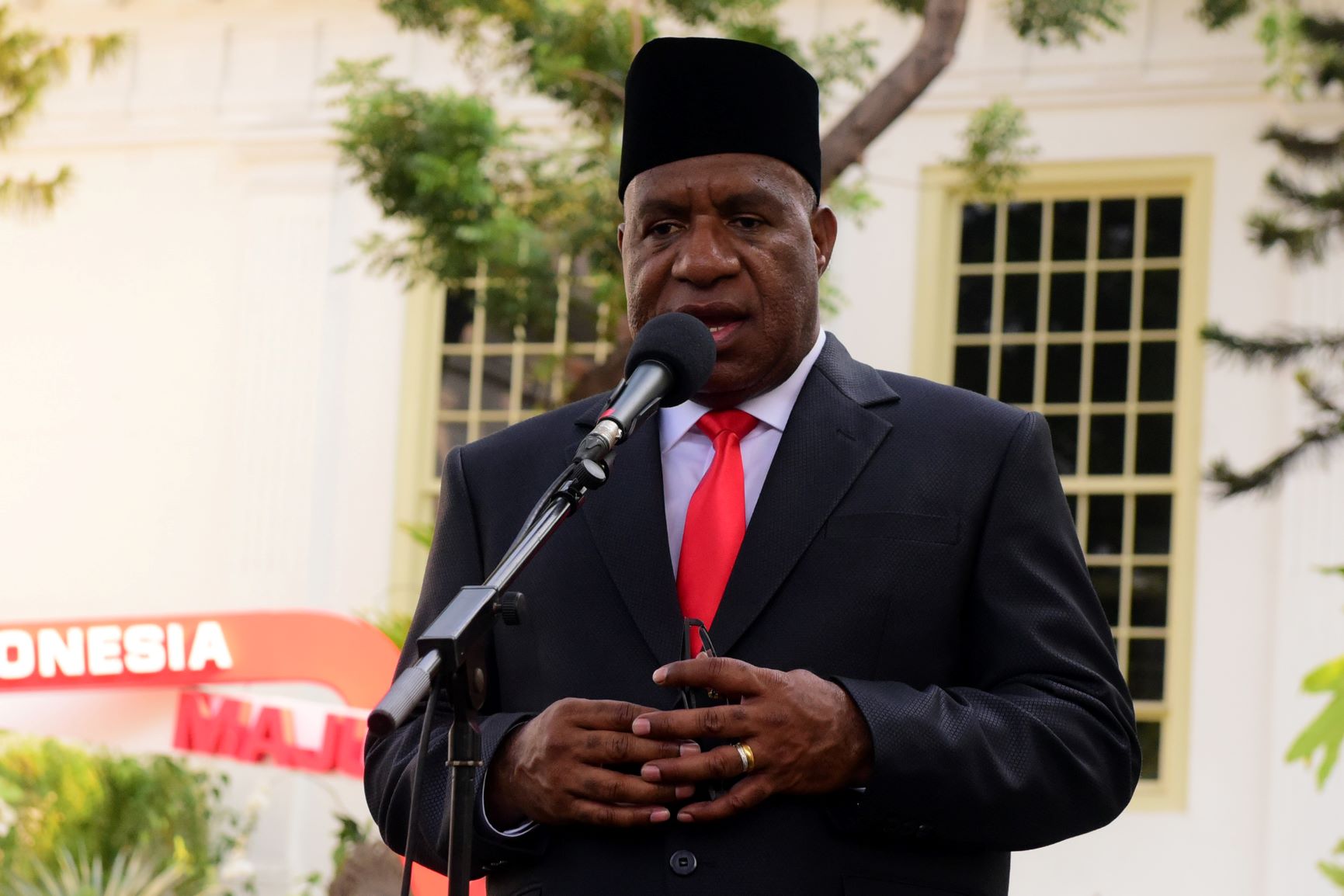 Deputy Minister of Public Works and Public Housing John Wempi Witepo delivers a press statement after being inaugurated by President Jokowi, at the State Palace, Jakarta, Friday (25/10). (Photo by: Rahmat/PR)

“First, to monitor the implementation of infrastructure projects of the President Jokowi’s First Term Administration which have not completed yet, and also projects of the this term. The President asked me to improve the monitoring in order to manifest vision and mission (of the Government) to develop infrastructures around the country,” Wempi told reporters after his inauguration as the Deputy Minister of Public Works and Public Housing, at the State Palace, Jakarta, Friday (25/10).

The second instruction is boosting development growth in eastern Indonesia, such as Maluku, North Maluku, Papua, West Papua, East Nusa Tenggara, West Nusa Tenggara, and other regions by building infrastructures that will bring benefits to the society.

Wempi added that the last instruction from the President to him is to represent Papuans in the Ministry of Public Works and Public Housing and join hands in advancing Indonesia in term of infrastructure sector.

In the meantime, Deputy Minister of Religious Affairs Zainud Tauchid Saadi who was also inaugurated in that event said that President Jokowi told him to resolve radicalism issue.

“I think it is really important because we all want Indonesian become a harmonious nation, a nation that upholds the values of civilization, moral values, religious values. We also must be aware of actions, movements besides values that we have been upholding,” Zainud told reporters after his inauguration.

According to the Deputy Minister, considering the complexity of radicalism, the Government must break down radicalism issue comprehensively to seek the root of the problem so we can provide the best solution.

“Religion is not the only source of radicalism. Social problems, economic problems, and injustice are also the sources of radicalism. Thus, the Ministry of Religious Affairs will strive to seek the best solution for the problem,” Zainud said.