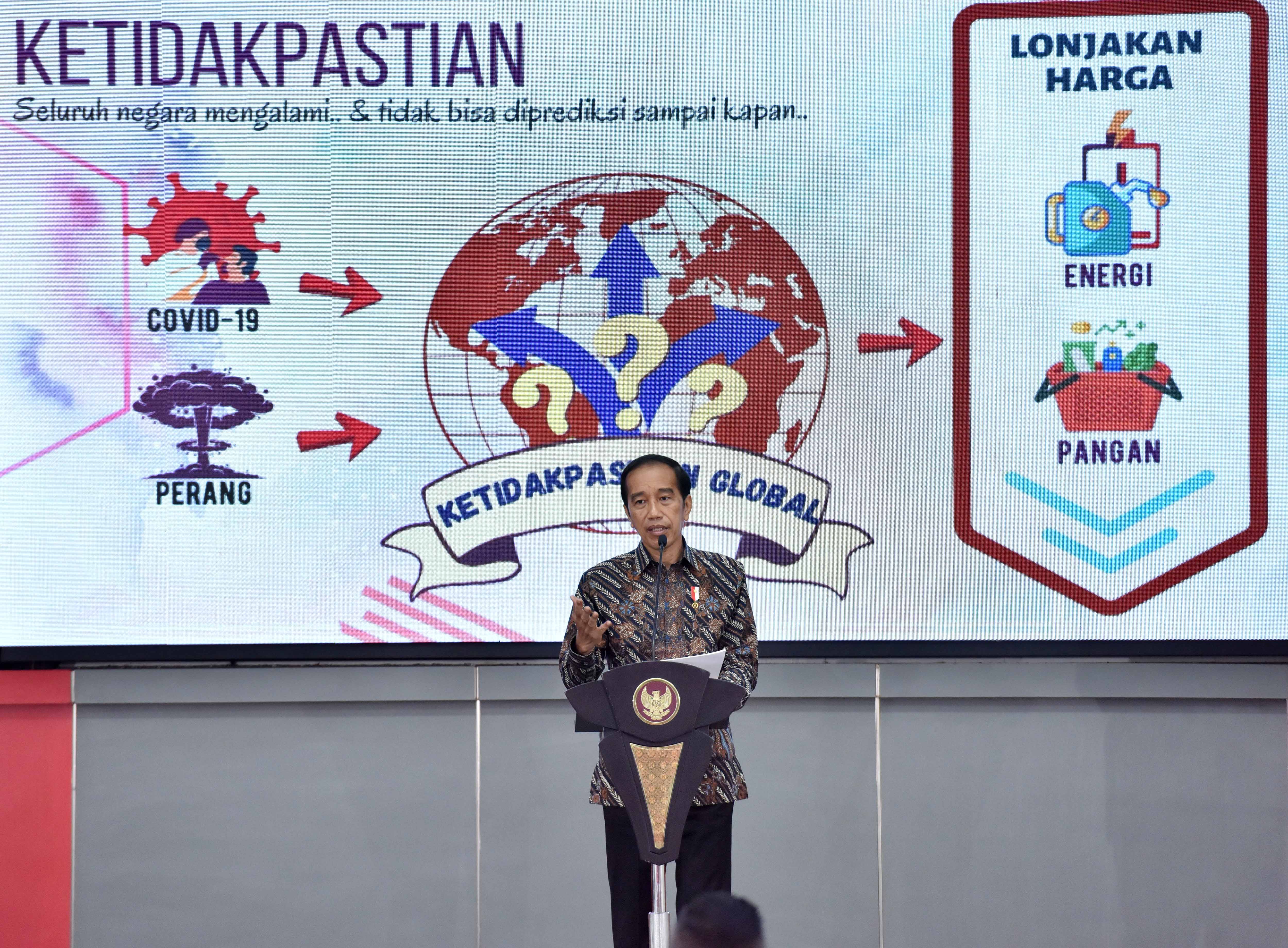 President Jokowi delivers remarks at the opening of the 2nd National Working Meeting of the Indonesian Democratic Party of Struggle (PDI-P) in Jakarta, Tuesday (06/21). (Photo by: PR of Cabinet Secretariat/Jay)

“We need gotong royong as an appropriate strategy for facing competition,” President Jokowi said at the opening of the 2nd National Working Meeting of the Indonesian Democratic Party of Struggle (PDI-P), at the Party School of PDI-P’s Central Leadership Council, Jakarta, Tuesday (06/21).

The spirit of gotong royong, the President added, has also been instilled by Indonesia’s first president Soekarno and can be interpreted as a joint effort to achieve big goals.

“I recall the teaching of Bung Karno (the familiar name for Sukarno) about gotong royong. Gotong royong is an effort, a charity, and a work. It is a work to produce a great work or a great achievement,” he said, adding that gotong royong does not mean that everyone does the same thing.

The President also underscored that Indonesia as a great nation must promote an attitude of mutual cooperation.

On that occasion, the President also highlighted the importance of infrastructure foundations and human resource development to win global competitions and to realize an advanced Indonesia.

In addition, the Government, he added, is also developing downstream industries so that it can provide added value, create new jobs, and boost the country’s foreign exchange.

“We must start with the courage to stop exporting raw materials and make finished goods. Industrialization is where the downstreaming is. That is actually where our great strength lies. We can improve added value for the country through job opportunities,” President Jokowi said.

The Head of State further said that the current global competition affects almost all upstream and downstream sectors.

“Without gotong royong, we will find it difficult to face global competition. The competition currently occurs in almost all sectors from upstream to downstream, not only competing in the economic or business sector, but also in human resources, as well as science and technology, including competition in facing food and energy crisis. globally,” he concluded. (TGH/MAY/UN) (RIF/EP)