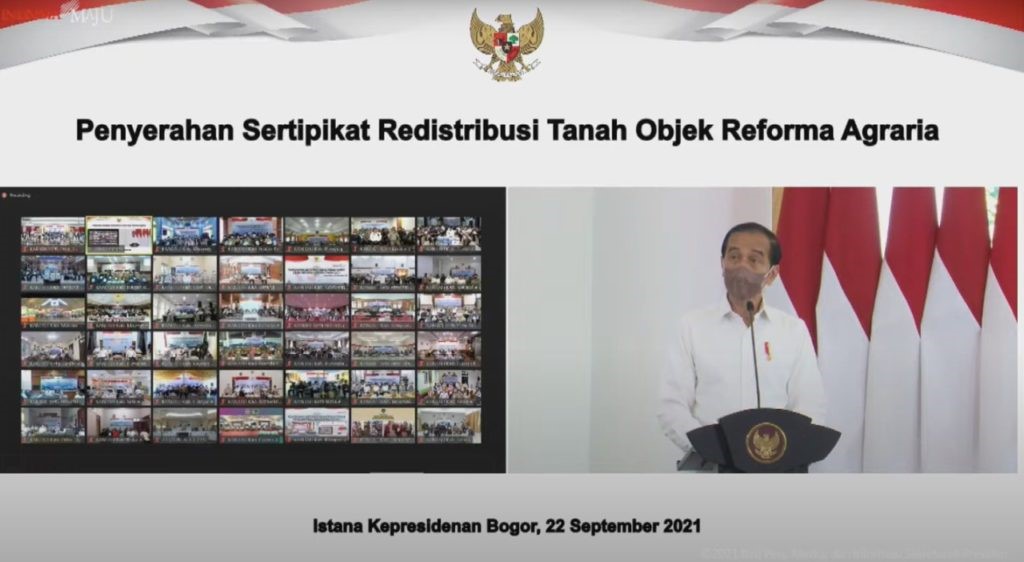 President Joko “Jokowi” Widodo affirmed that the Government is committed to eradicate land mafia. The President made the statement when delivering his remarks at the distribution of certificates of redistribution of land objects for agrarian reform (TORA) on Wednesday (22/09) at the Bogor Presidential Palace, West Java province.

On that occasion, President Jokowi reminded all ranks of the Indonesian National Police (Polri) not to hesitate to investigate and eradicate land mafia.

“Do not let any law enforcement officials be behind the land mafia. Fight for people’s rights and enforce the law firmly,” he said.

President Jokowi further reaffirmed the Government’s commitment to resolve existing agrarian conflicts, carry out agrarian reforms for the people, and ensure the availability and certainty of a fair living space for the public.

Furthermore, President Jokowi said that he has led a number of Limited Meetings to discuss legal certainty over those land. A number of regional leaders were often invited to resolve agrarian conflicts in their areas and representatives of civil society organizations were also invited to discuss this issue.

“Legal certainty over land that provides justice to all people is our common interest. The Government is committed to ensure fair legal certainty,” he remarked. (TGH/UN) (AP/MMB)