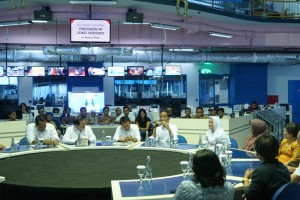 We have overcome key problems (in toll road construction) and I always monitor the progress (of every construction),” the President said when visiting Jawa Pos in Surabaya, Saturday (2/2).

The President also said that Indonesia built Jagorawi Toll Road in 1978. The Toll Road then became a benchmark for several neighboring countries such as Malaysia, Vietnam, Thailand, and the Philippines. However, according to him, Indonesia can only build 780-kilometer toll road in the next 40 years.

President Jokowi said that the problem in toll road construction is land acquisition. Some of land lots are belong to Government agencies.

“We should have a complete understanding on the problems and we should solve them, the President said.