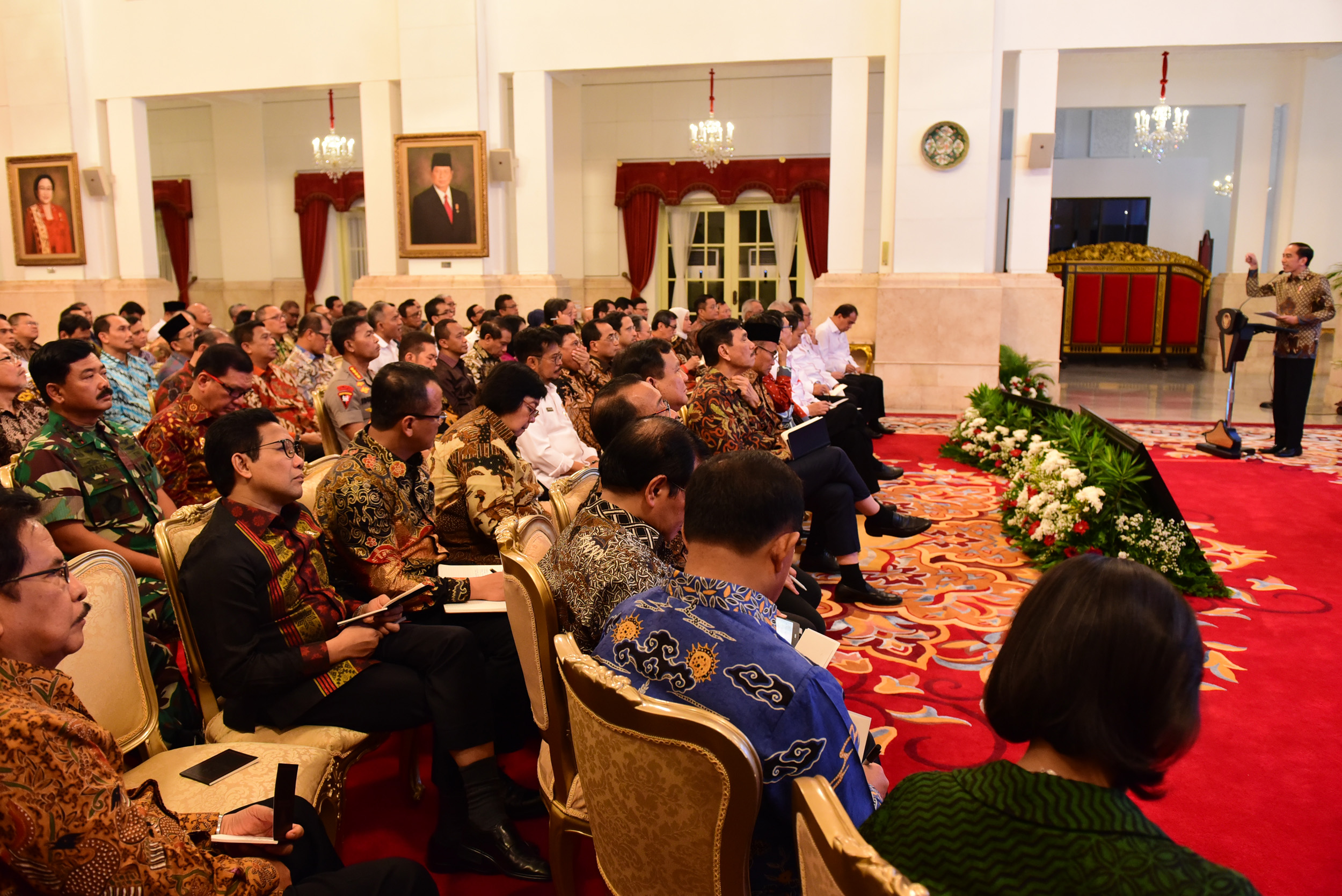 Every leaders of ministries and institutions in any country must uphold state ideology, President Joko “Jokowi” Widodo has said.

The President stressed that it is impossible for a big country like Indonesia to be united if the ideologies are different. Therefore, the President ordered that every policy, regulation, and legislative decision must contain Pancasila values.

“Once again, every policy, regulation and legislative product must contain Pancasila values. Otherwise, we may lose ourselves,” President Jokowi said.

“There is humanity value within those policies. ‘One-price fuel’ policy also contains social justice value. Most people only see the economic value, while in fact there are also Pancasila values in every policy we make,” President Jokowi stated, while adding that the most important step is how to disseminate the ideology.

The President went on to say that before designing ideology-related programs, ministries and institutions should review the target.

The target, he continued, is the young population who take the largest percentage in our demographic data with total of 48 percent or 129 million people. If they do not familiar with our ideology then our country will be in danger,” he added.

The President also reminded that the Government should acknowledge the popular communication methods that are widely-used by the young generation.

“Be aware of the rapid changing trend. The Agency for the Implementation of State Ideology of Pancasila (BPIP) must follow and review it clearly so that the dissemination can be well-targeted,” President Jokowi said.

According to the President, today’s young generation is accessing information from various sources, especially social media and instant messaging services. Thus, he added, the Government also should disseminate the ideology through those media. “[We must do it] Before other countries,” President Jokowi said.

“I request it once again, flood them (the media) with Pancasila ideology,” the President stated.

He further said that the Government should understand the trend and what the youth prefer to do, such as music, sports, movie, and so on.

“Those are the media that the young generation prefers to follow. Then the ministry or institution should invite the relevant stakeholders to work together to reach the target,” the President said. (MAY/FID/RAH/ES)