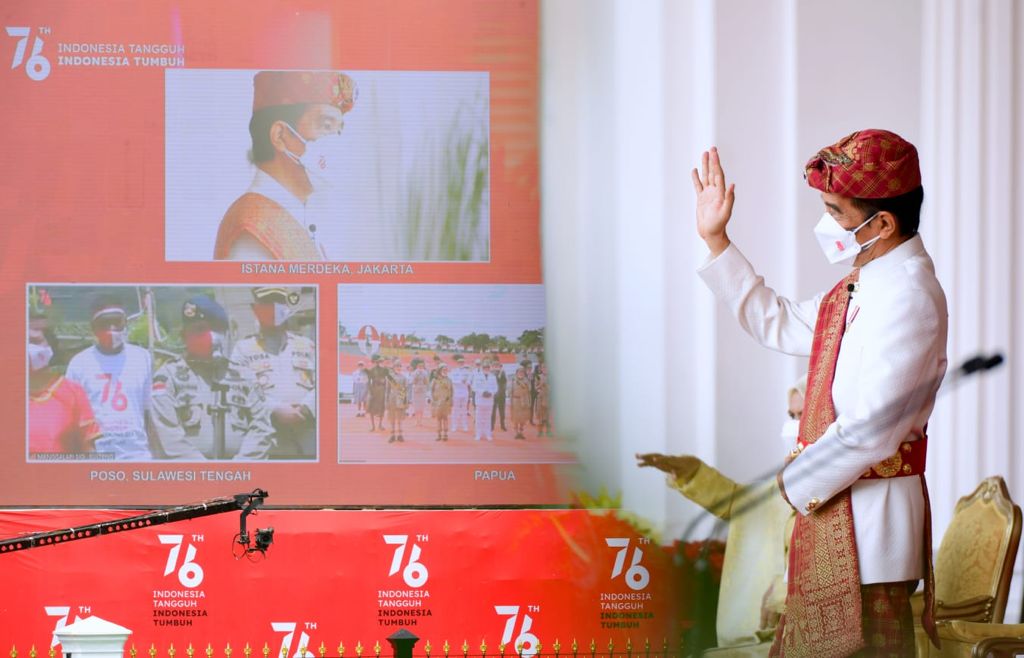 President Joko “Jokowi” Widodo on Tuesday (17/8) greeted the people of Poso (Central Sulawesi) and Merauke (Papua) via video conference after Commemoration Ceremony of the 76th Proclamation of Independence of the Republic of Indonesia at the Merdeka Palace, Jakarta.

“We’d like to extend our appreciation to Mr. President who has given us the opportunity to interact directly with him on this Independence Day,” he said.

“The people of Dusun Manggalapi are very proud and touched since they can meet firsthand and expressed their appreciation directly to the President at the moment of Commemoration of the 76th Proclamation of Independence of the Republic of Indonesia,” he said.

For the record, it is the first time for the people of Poso to be able to participate in the virtual ceremony of Indonesia’s Independence Day with the Head of State. This momentum is expected to awaken their spirit of nationalism.

On that occasion, the President promised to visit Merauke and Poso during the National Sports Week (PON) in Papua and the inauguration of Southeast Sulawesi Integrated Cross-Border Post (PLBN).

“I thank you Merauke, I’ll see you in October during the PON. InsyaAllah, at the same time we will inaugurate the PLBN in Southeast Sulawesi. Thank you. Long live the Republic of Indonesia,” the President remarked. (Presidential Secretariat Press Bureau/UN)(RIF/MMB)