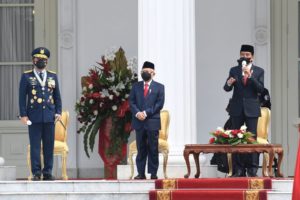 The TNI soldiers greeted by the President via video conference were:

The President also expressed his gratitude for the soldiers’ hard work. “Thank you all for the hard work, thank you all,” he said.  (MAY/UN) (FI/LW)