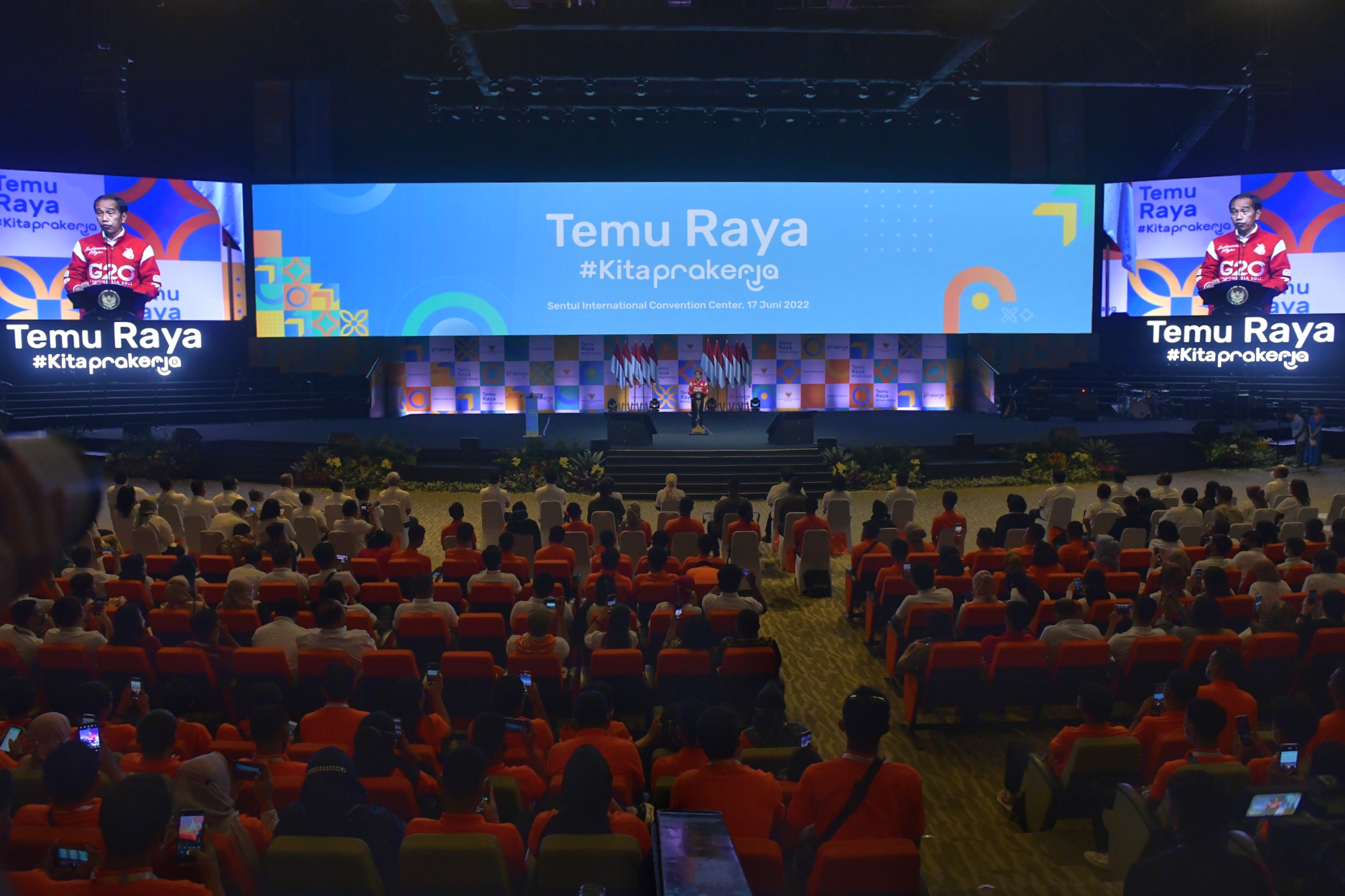 President Joko “Jokowi” Widodo hailed the Preemployment Card program as a success as it not only alleviates the people’s burden during the pandemic but also improves the productivity, experience, skills of program participants through various offered trainings.

The Preemployment Card program was launched at the beginning of the COVID-19 pandemic for job seekers and workers affected by economic slowdown due to the pandemic.

“I really appreciate it. As of now, 115 million people have registered, 84 million have been verified, 12.8 million have been accepted. This is huge. This figure is not little. The productivity, skills, and work experience of the 12.8 million [people] increased because of this training,” the President said during a meeting with alumni of Preemployment Card program at Sentul International Convention Center (SICC) in Bogor regency, West Java province, Friday (06/17).

According to the President, the success of Preemployment Card would not have been achieved without the utilization of digital platforms created by Indonesian youths.

Based on the press release of Statistics Indonesia, 88.9 percent of Preemployment Card participants declared that they can improve their skills.

“I appreciate the Coordinating Minister and all of his teams. We hope that it continues to be evaluated, corrected, improved,” the President said, adding that Indonesian people are required to be productive amidst difficult situations and global uncertainties, so human resource upskilling and reskilling are paramount.

Meanwhile, Coordinating Minister for Economic Affairs Airlangga Hartarto in his report pointed out that globally, Preemployment Card is one of the most massive government programs for the people. The Government expects that this program becomes a solution to encounter global challenges.

“In last night’s meeting, UNESCO in Marrakesh, we reported that they were looking for a way to face the future of works challenge regarding digital transformation, green economy, which require energy and adult live long learning. Among almost all countries that presented, the one that is most ready and has hit operational stage is, God willing, Indonesia with Preemployment Card,” he said.

“Yesterday in a meeting in Davos, Minister Liesje from the Netherlands and the Prime Minister also said they wanted to observe Preemployment Card and it can be replicated in other developing countries,” he said. (MAY/UN) (DH/HD)