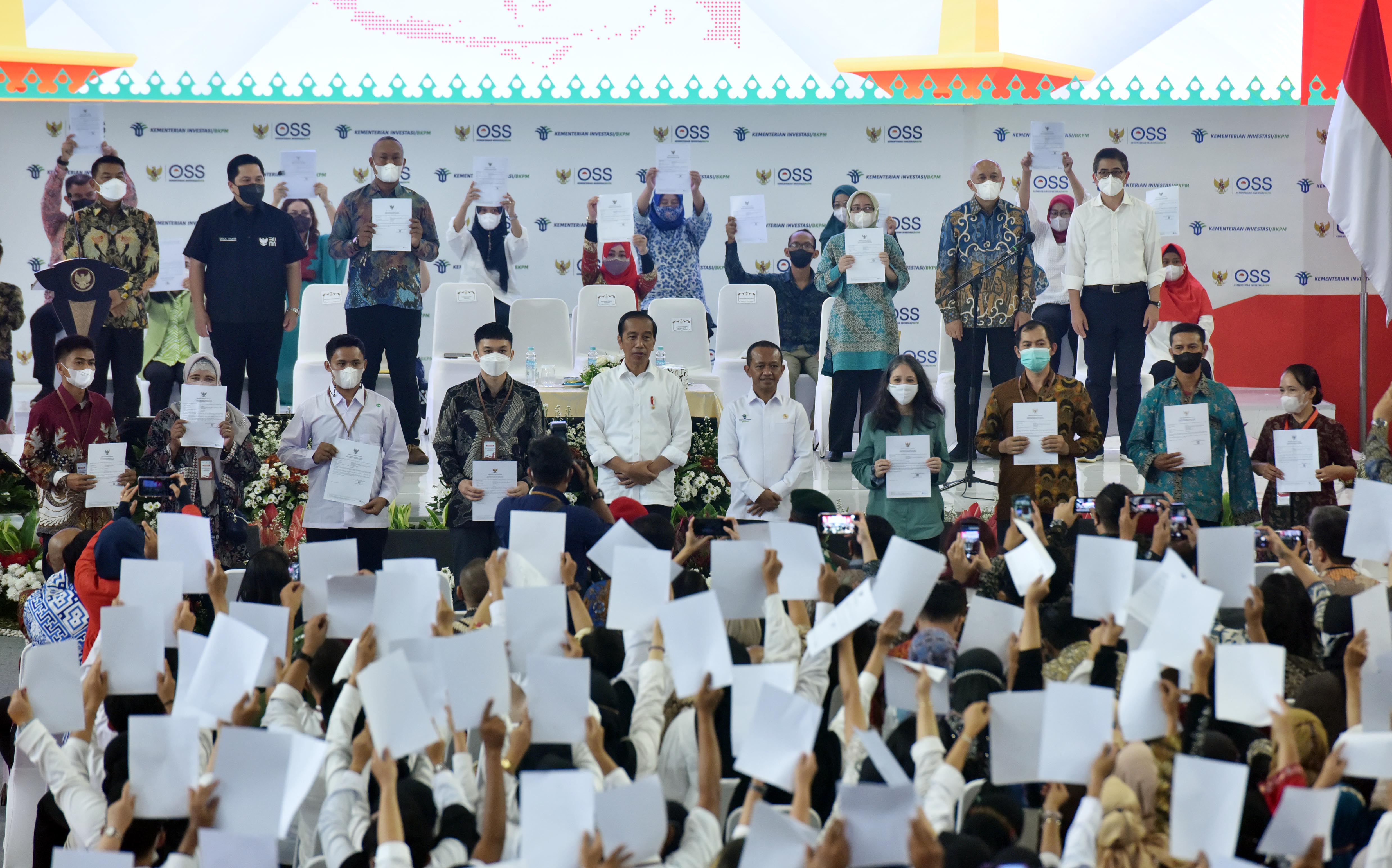 On that occasion, the President expressed his happiness that the number of entrepreneurs who have had NIB has significantly increased thanks to Online Single Submission (OSS).

According to President Jokowi, before the Government released OSS, there were approximately 2,000 permits issued. After OSS was released, there are 7,000-8,000 permits per day released.

Even the number has significantly increased, the Head of State urged his related administrations to keep increasing the number, and told to issue 100,000 permits per day.

Moreover, President emphasized that he will ensure that the issuance of NIB through OSS can be done in a short time.

Echoing the same sentiment, Minister of Investment/Head of the Investment Coordinating Board (BPKM) Bahlil Lahadalia also ensured that the issuance of NIB through OSS can be done effectively.

“For MSMEs, it takes maximum 30 minutes and it is free. Free halal certificate and the Indonesian National Standard (SNI) certification,” Bahlil said.

As of today, Bahlil continued, there are 1,513,000 NIB issued through OSS and 98 percent of total numbers are MSMEs.