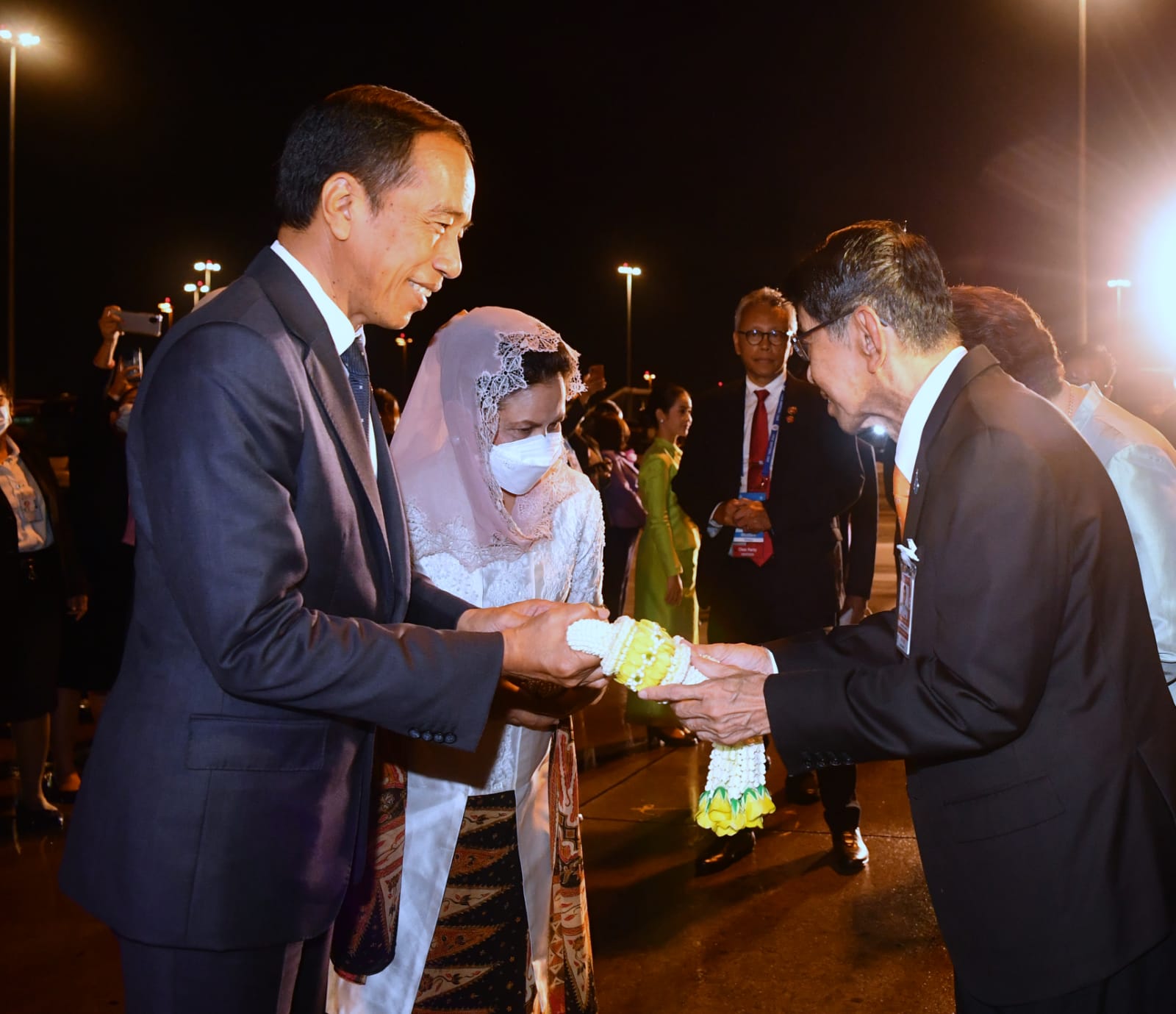 Deputy Prime Minister of Thailand Wissanu Krea-ngam and his spouse and the Indonesian Ambassador to Thailand Rachmat Budiman and spouse saw President Jokowi off at the airport.

At the Summit, the Head of State encouraged APEC leaders to strengthen concrete cooperation to tackle global crises, namely crises of food, energy, environmental, and threat of recession. He also encouraged the realization of the APEC Food Security Roadmap Towards 2030 to ensure food security through innovative technology and digitalization, increasing productivity and efficiency of food system, as well as inclusive and sustainable policies.