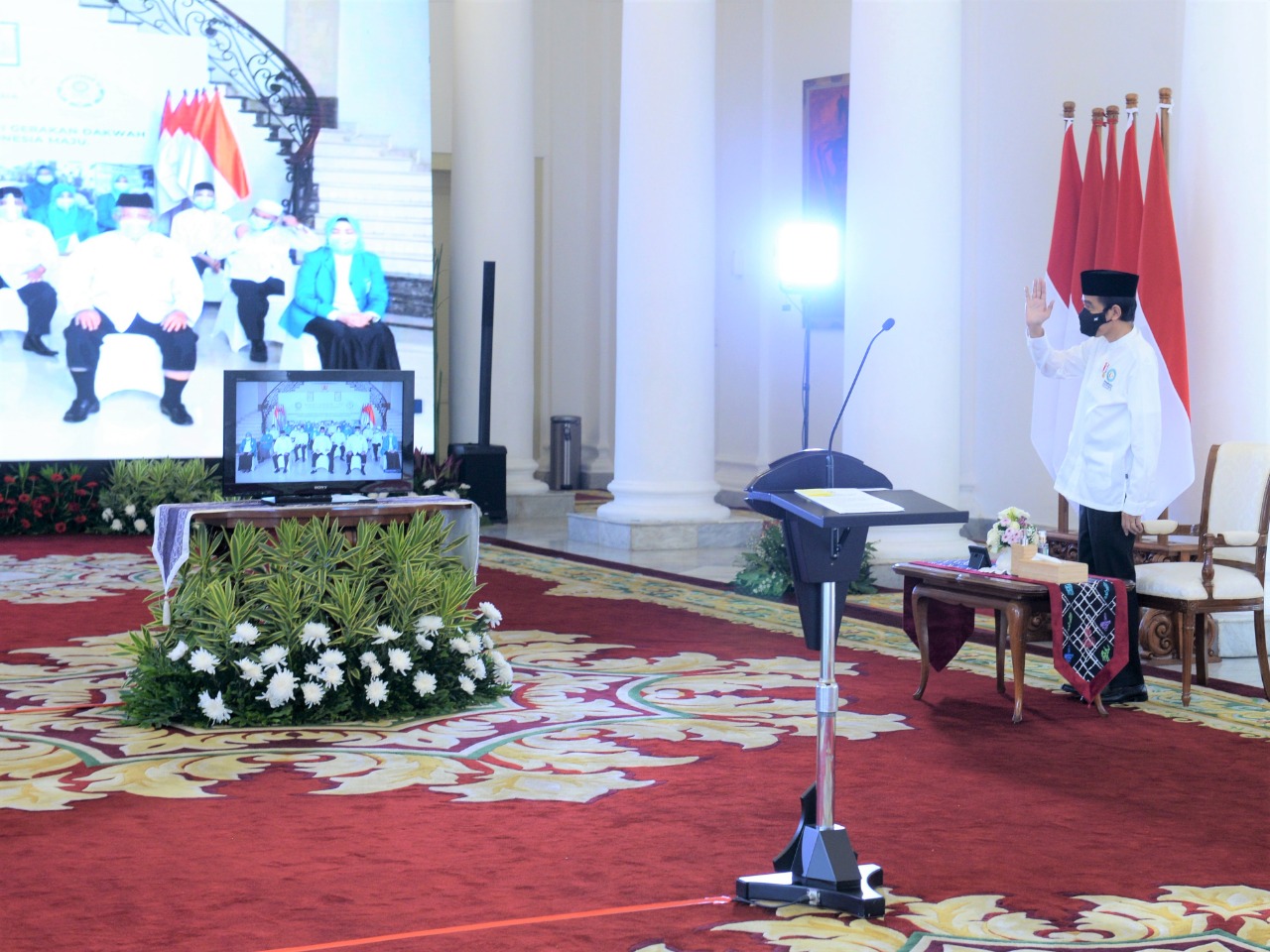 President Joko “Jokowi” Widodo highlighted the importance of continuous efforts by all parties in controlling the COVID-19 spread as well as helping others in these economic difficulties due to the pandemic.

“The Parmusi (Indonesian Muslim Brotherhood) Congress this time is held in a different atmosphere that is in the midst of the test our nation is facing, the harsh trial from Allah SubhanahuWaTa’ala and mankind around the world is also facing the same thing, facing the threat of Covid-19 pandemic spread,” the President said at the virtual opening ceremony of the Parmusi Congress IV from the Bogor Presidential Palace, West Java Province, Saturday (26/9).

Due to the pandemic, the President stated, world economic growth has slowed down including those of major countries. In the second quarter of 2020, India’s economic growth contracted by 23.9%, England by 21.7%, Malaysia by 17.1%, Singapore by 13.2%, and Indonesia by 5.32%. Whereas, Indonesia still received positive growth of 2.97% in the first quarter.

“I convey the situation as it is. Many people have lost their jobs around the world and are struggling to survive. In facing thesedifficulties, we must not give up,” the President stated. (FID/EN)