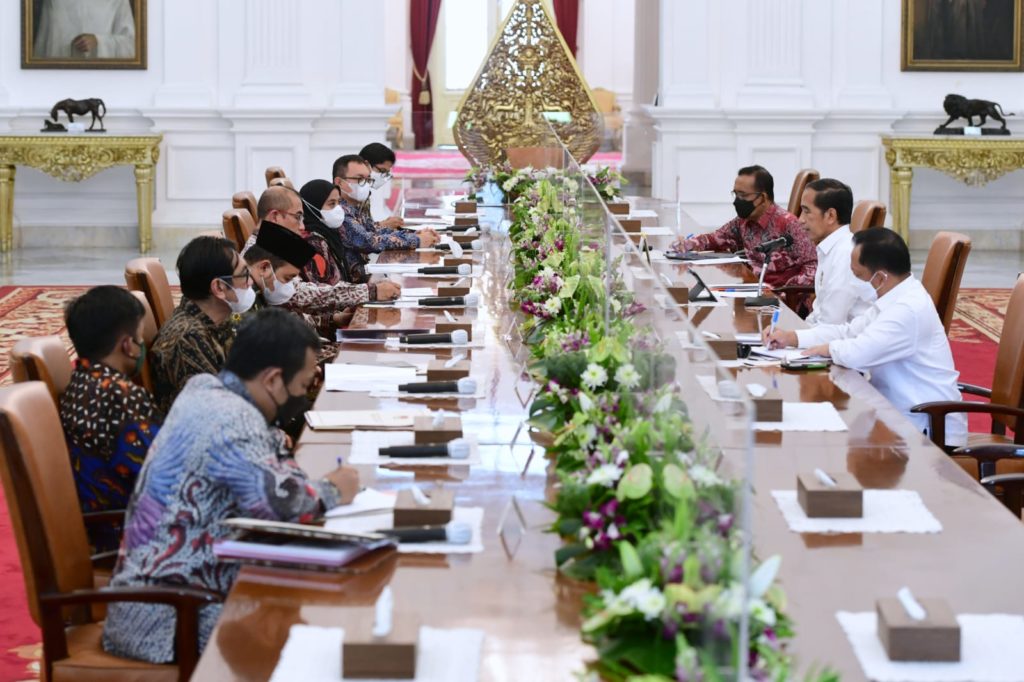 President Joko “Jokowi” Widodo Monday (05/30) at the Merdeka Palace, Jakarta, received reports from chairperson and members of the General Elections Commission (KPU) on the preparation for the 2024 general elections, including matters related to the budget, facilities and infrastructure, and personnel.

KPU chairperson Hasyim Asy’ari told journalists after the meeting that the President gave his full support for the 2024 general elections.

He added that during the meeting, President Jokowi delivered six points of note to the KPU officials, among others.

First, he wanted to ensure that the 2024 general and regional elections will be implemented right on the schedule on February 14, 2024.

Second, he will order related minsters to give their full support to the KPU by providing financial support, personnel support, and logistics support.

Fourth, the Head of State called on the KPU members to remain vigilant in carrying their duties to organize the elections and avoid political issues, while reminding them that technical aspects such as registration for voters, mechanism of elections, and announcement of the result of elections should not become political issues.

Fifth, the President and KPU shared similar view on the period of campaign rally that must be shortened to 90 days to make it more efficient.

“We have agreed to allow rally for 90 days. This will affect the procurement process, distribution of logistics such as ballots and forms,” he said.

Sixth, the President will deploy state apparatus to support the smooth production process and distribution of logistics to the polling stations (TPS) such as ballots, voting forms, and recapitulation of vote counting results. The President also expressed hopes that the KPU will use domestic products for election logistics.

“The President hoped logistics in the elections use domestic products to accentuate the manifestation of regional elections of the people, by the people and for the people and to stimulate the economy,” Hasyim Asy’ari remarked. (BPMI of Presidential Secretariat/UN)(RAS/EP)