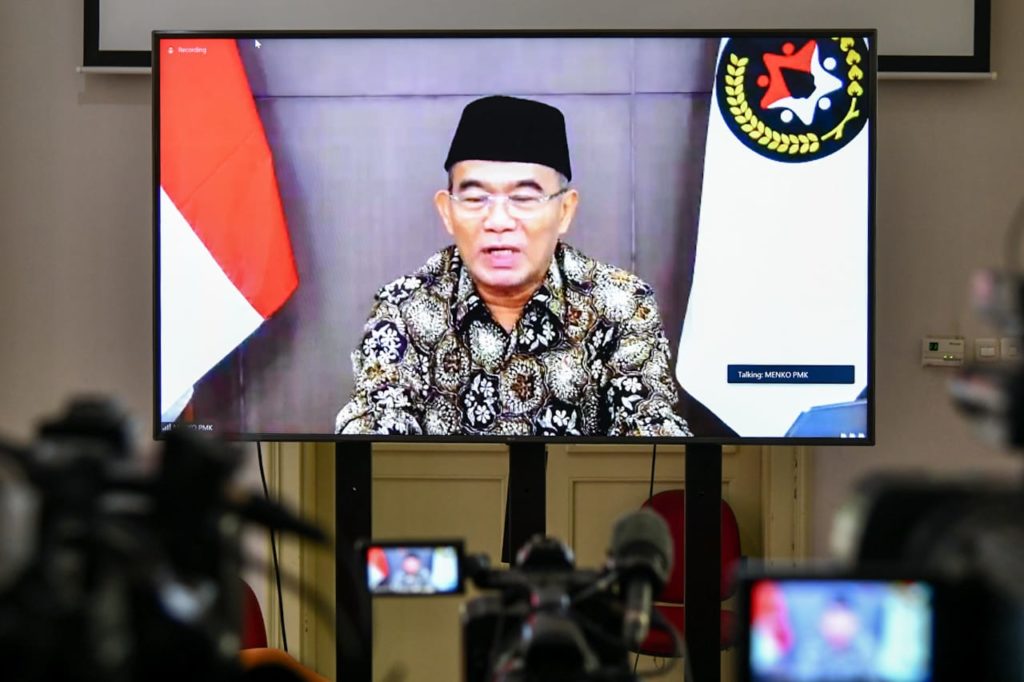 Coordinating Minister for Human Development and Culture delivers his statement after a limited meeting on Monday (18/5). (Photo by: PR/Ibrahim)

Coordinating Minister for Human Development and Culture Muhadjir Effendy has stated that President Joko “Jokowi” Widodo underlined the importance of preparation in the implementation of the new normal scenario.

The Government, Muhadjir said, will also loosen the large-scale social restrictions (PSBB) in order to increase or restore productivity.

“On the one hand, we want the COVID-19 pandemic can still be controlled, it will continue so until the discovery of the vaccines,” Muhadjir said after a limited meeting, Monday (18/5).

The Coordinating Minister emphasized the need for a thorough study and cooperation with many parties to prepare for the stages of loosening PSBB.

On the occasion, he also mentioned that the President also stressed the important roles of the lowest units of a social institution such as Neighborhood and Hamlet Associations as well as Customary Villages in the implementation.

“Based on reports from each province and regency/municipality, it can be inferred that the main force in COVID-19 handling lies on the lowest units,” Muhadjir said.

The Government will also pay more attention to the smallest medical unit as the front row of the COVID-19 handling, such as Community Health Centers, family doctors, and polyclinics especially inpatient polyclinics.

The President, he said, also stated his directive to accelerate and simplify the distribution process of Cash Social Assistance.

The Coordinating Ministry hoped that there will be a balanced meeting point between the Government’s efforts to conduct social protection and the process of restoring economic activities. (FID/EN)