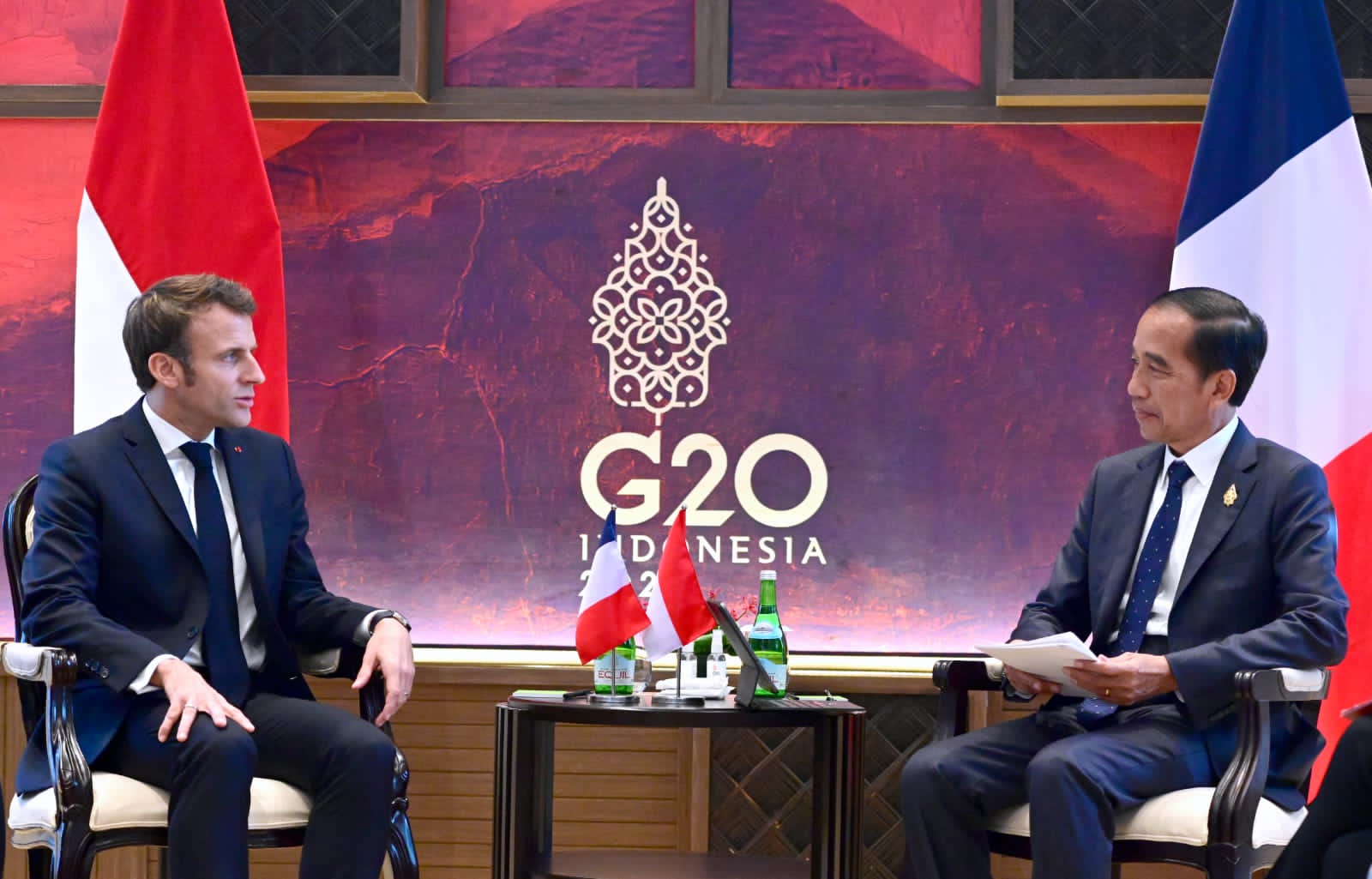 President Jokowi holds a bilateral meeting with French President Emmanuel Macron on the sidelines of the G20 Summit, Tuesday (11/15). (Photo by: BPMI of Presidential Secretariat/Muchlis Jr)

President Joko “Jokowi” Widodo Tuesday (11/15) held a bilateral meeting with the President of France Emmanuel Macron on the sidelines of the G20 Summit at the Apurva Kempinski in the resort island of Bali.

“President Macron, welcome to Bali. Thank you for attending the G20 Summit and for the support France has lent throughout the Indonesian Presidency. Despite the current unconducive global situation, we continue to cooperate so that the G20 can result in cooperation that is useful for all,” he said.

As a response, President Macron expressed appreciation for Indonesia’s effort and stated that France is ready to support energy transition in Indonesia.

The two leaders also discussed about cooperation in defense and aviation. In this regard, President Jokowi expressed hope that the defense cooperation of both countries is not limited to the procurement of primary weapon system (alutsista). Rather, it should include joint production, technology transfer, and investment in the manufacturing sector, he added.

“I hope we can immediately follow up various defense projects. I warmly welcome the plan of the 2+2 dialogue between our Foreign Ministers and Defense Ministers to discuss strategic issues in the region,” President Jokowi said.

Considering the increasingly strong relations between the two countries, the two leaders have agreed to form a consultation forum that will be held regularly to discuss cooperation in various priority sectors and the Foreign Minister of the two countries will follow up the agreement. (MAY/UN) (DH/MUR)