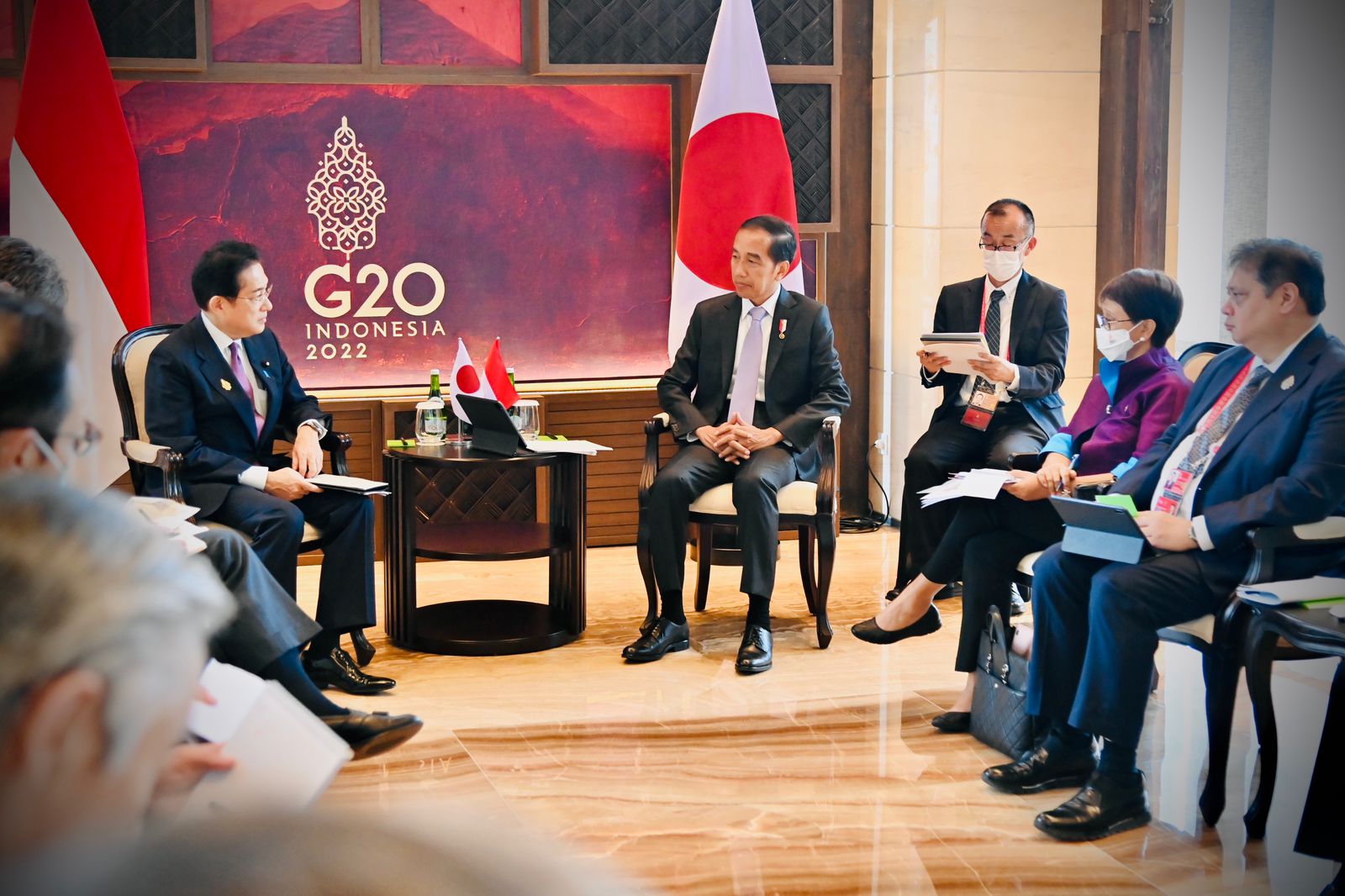 On that occasion, President Jokowi called on Prime Minister Fumio Kishida to support the success of the G20 Summit.

“It is our fervent hope that the G20 can serve as global recovery catalyst. The success of the G20 is a collective responsibility from all G20 countries,” the President added.

On economic partnership with Japan, President Jokowi encouraged the completion of the Indonesia-Japan Economic Partnership Agreement (IJEPA) so that the partnership between the two countries can be more strengthened.

On infrastructure development, President Jokowi expressed his gratitude to the Japanese Government for signing MoU on the continuation of MRT phase 1 development and feasibility study of MRT phase 3.

On regional partnership, President Jokowi went on to say that the Indonesian Chairmanship of ASEAN next year also marks 50th anniversary of the ASEAN- Japan friendship and cooperation. To that end, President Jokowi underscored the importance of maintaining regional stability and peace as well as developing regional green industry.