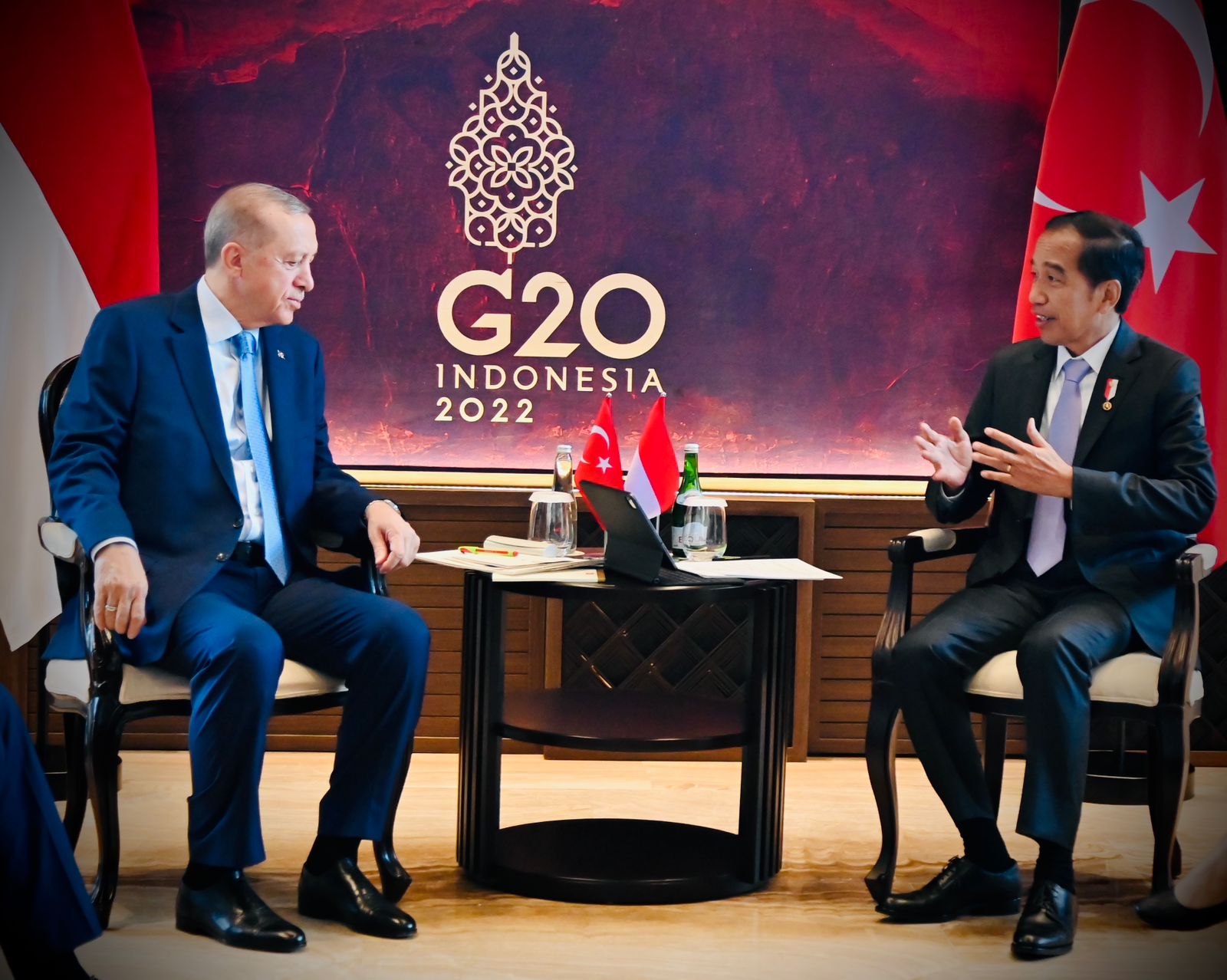 On the sidelines of the G20 Summit, President Joko “Jokowi” Widodo Monday (11/14) held a bilateral talk with the President of Turkey Recep Tayyip Erdoğan at the Apurva Kempinski, Bali. On the meeting, President Jokowi expressed appreciation to the Türkiye President for his contribution to the G20.

“I want to express gratitude for Your Excellency’s attendance at the G20 Summit. It is important for Indonesia that the G20 can produce concrete cooperation,” the President added.

The two leaders also discussed issue on Russia-Ukraine war and how to seek peaceful solutions to prevent the negative impacts globally, in particular on food and energy security.

On the meeting, President Jokowi encouraged the two countries to immediately complete the negotiations on the Comprehensive Economic Partnership Agreement (CEPA) which includes a major trade agreement.

“We must instruct the negotiators to find solutions that can be accepted by both parties to on-the-ground obstacles so we can conclude the agreements,” the President said.

The two leaders also noted progress in bilateral relations between the two countries with the signing of a number of strategic agreements, both within Government to Government (G2G) and Business to Business (B2B) framework. The G2G agreements signed by the ministers prior to the bilateral talk include agreements in the fields of defense, forestry, environment, research-technology and innovation as well as agreement in construction development cooperation.