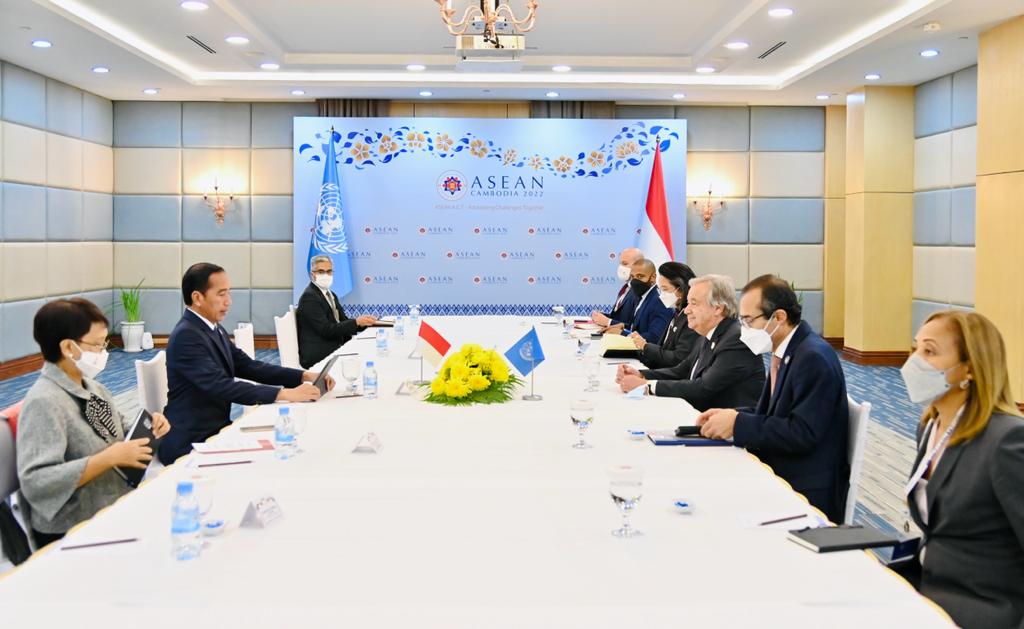 President Jokowi expressed appreciation to the Secretary-General for confirming his attendance at the G20 Summit in Bali.

“I also want to express gratitude for your willingness to share your views at the Energy and Food Security session,” the President added.

On the occasion, the Head of State also expressed gratitude for the UN’s support throughout Indonesia’s G20 presidency.

In his remarks, the UN Secretary-General expressed appreciation for Indonesia’s leadership in managing the G20 so far and will provide full support at the summit.