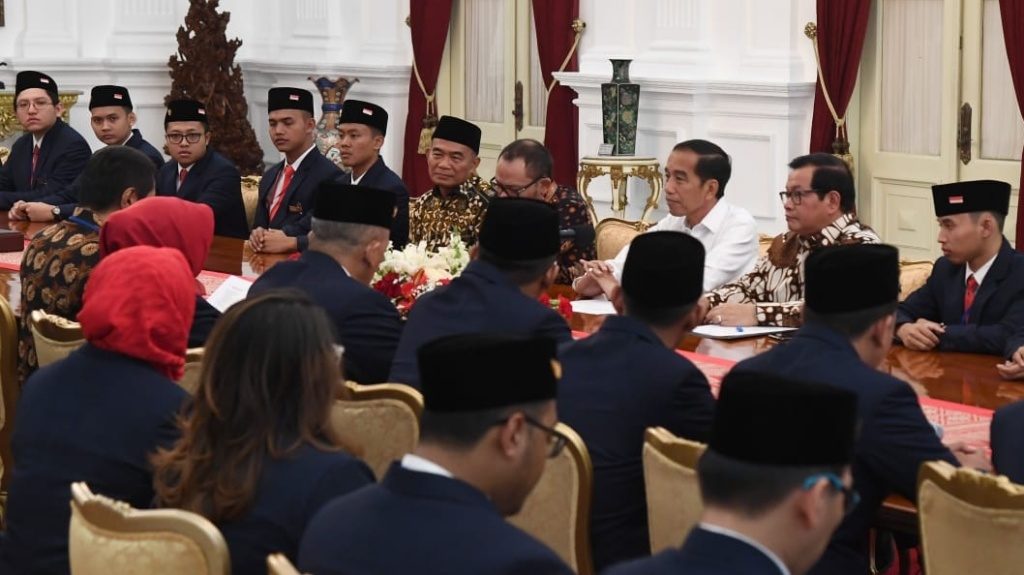 President Jokowi receives Indonesian delegates who will participate in WorldSkills Kazan 2019 in Russia, at the Merdeka Palace, Jakarta, Wednesday (14/8).(Photo by: Secretariat of the President/ES)

President Joko “Jokowi” Widodo on Wednesday (14/8) at the Merdeka Palace, Jakarta, received Indonesian delegates who will participate in WorldSkills Kazan 2019.

This international competition among young professionals will be held in Kazan, Russia, on 22 to 27 August 2019.

Regarding Indonesia’s participation in this event, President Jokowi expressed hope that Indonesian young professionals can show their qualities that they are on a par with other participates from other countries. “We have to show our qualities in IT, agriculture, and manufacturing sectors,” he said.

For the record, WorldSkills 2019 is a biennial event where young professionals from all corners of the globe compete to become the best in their skill of choice.

More than 1,300 competitors from over 63 countries and regions are scheduled to participate in 56 skills across a wide range of industries.

Also on that occasion, President Jokowi asked the delegates to learn about the best practice and utilization of the state-of-art technology in industrial sector of other countries from that competition. “I want you to learn from other countries about the future needs in this fast-paced development of the world,” he said, adding that there are many new jobs created that we have never expected before.

The President went on to say that he gives his full support for Indonesia’s participation and expressed optimism that the delegates of young professionals as the country’s human capital can compete with other human resources from other countries and make the country proud as well. (BPMI Setpres/ES)