President Jokowi: I Have No Intention to Run for Third Term 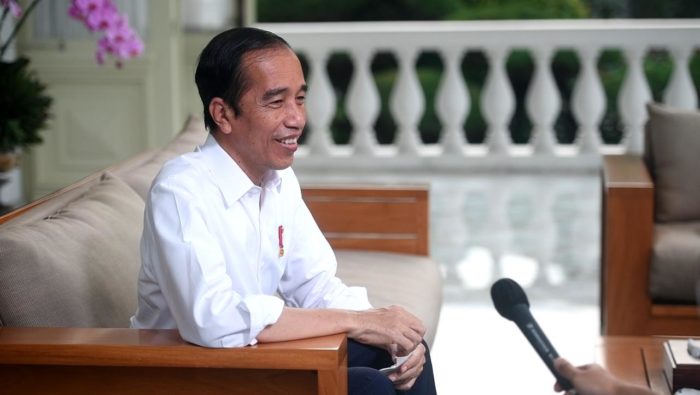 President Joko “Jokowi” Widodo has reiterated that as President directly elected by the people, he will comply with the Constitution and have no intention of becoming President for a third term.

“What more can I say? I have reiterated that my stance has not changed,” the President said, answering a question from a journalist at the Merdeka Palace, Jakarta, Monday (15/03).

President Jokowi also appealed to everyone to avoid making a fuss amid the fight against the ongoing pandemic.

“Our efforts are now focused on tackling the pandemic,” the President said.

On that occasion, the President also emphasized that he had no intention of becoming President for a third term. The 1945 Constitution, he added, regulates (maximum) two terms of office for the president, and everyone must comply with the provision.

“I have made it clear that I have no intention of, and have no interest in, becoming President for a third term. The Constitution mandates two terms, and all of us must comply with that,” the President remarked. (BPMI/UN) (RI/MUR)