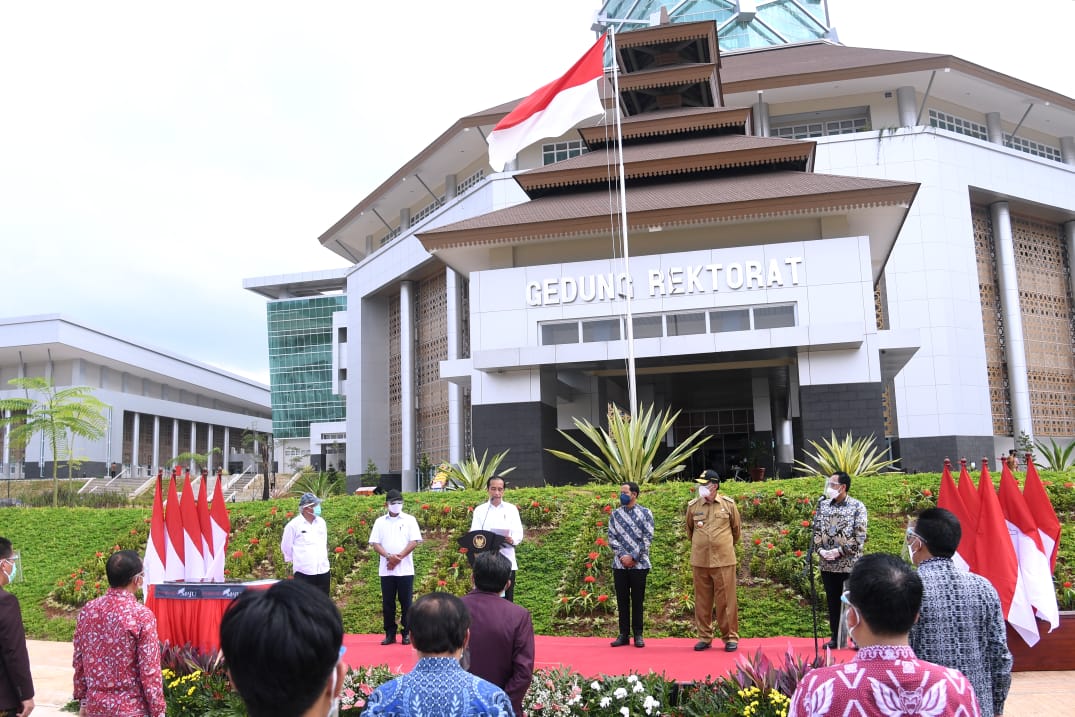 “I am delighted to inaugurate the new campus of Sultan Ageng Tirtayasa University. The new campus is more than new buildings, it is also reflected new spirit in improving higher education in Banten Province,” the President said in his remarks.

He expressed hope that the spirit will be a drive to prepare and create valuable human resources to win the fierce global competition.

According to the President, Untirta preserves the noble value of two national heroes from Banten, namely Sultan Ageng Tirtayasa and Syekh Nawawi Al-Bantani. The two respected figures are symbols for collaboration between umara (leader) and ulema (Islamic scholar) who reflected intellectualism and leadership respectively.

“It is reflected in this University. The values are necessary to be developed in a university as the center for knowledge and regeneration of national leaders,” he stated.

The noble values, he added, must be implemented in three pillars of higher education (Tri Dharma) so that the Untirta can realize its vision to become a world-class university, to become the pride of Banten and Indonesia as an integrated smart and green university.

On that occasion, President Jokowi also applauded Untirta for its consistency in adopting to smart and green university concept in the campus.

“I saw open green space earlier. The Rector has told me that the green area covers 30 percent of the campus area. They also use natural lighting. There are no private vehicle in the campus area; they use shuttle bus for mobility within the campus. These are the vision of an integrated smart and green university,” he firmly said.

He went on to say that Untirta must utilize its potentials to become an engine that drives the development in Banten Province, to set a model for leaps of progress, to further develop innovations and creativities, to be open-minded to learn new things, to be moderate in respecting diversity, pluralism, and to preserve local value and culture.

The President added that university must serve as a water tower that distributes results of university’s research and innovation to the communities given many people still live in poverty.

“In order to address our common issue and to improve people’s welfare, it required contribution from various sides. Therefore, I call on Untirta to play part in the joint efforts by enhancing collaboration with various sides, expanding network and cooperation, particularly with the industry, and carrying out researches and innovations to improve quality of life of the people, particularly those living in Banten Province,” he explained.