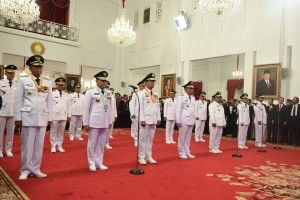 Governors and Deputy Governors who have just been inaugurated at the State Palace, Jakarta, Wednesday (5/9). (Photo: OJI/PR)