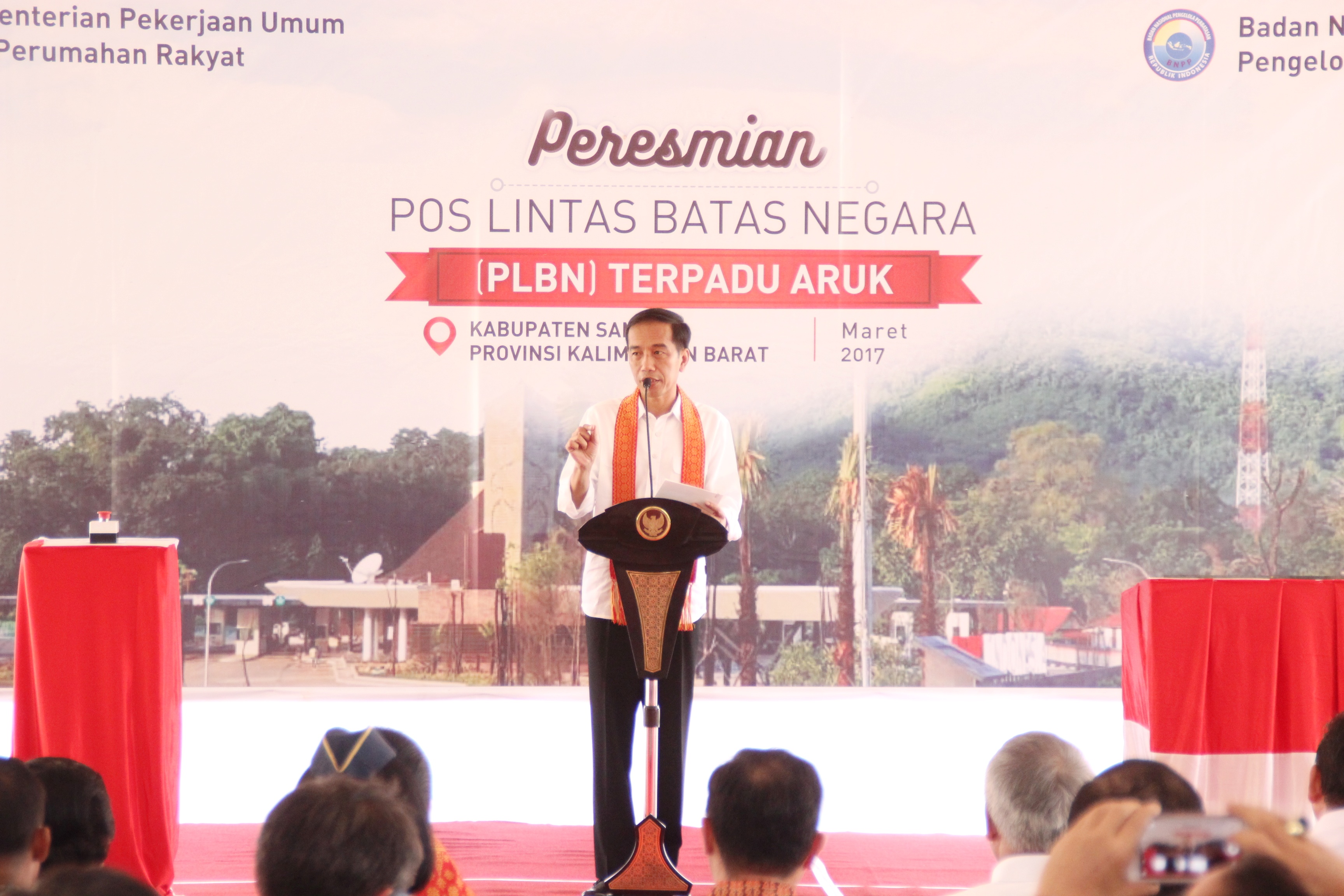 President Joko Jokowi Widodo hopes that the newly-inaugurated Aruk Border Post in Sambas Regency, West Kalimantan, can be a new economic growth center in a bid to develop of the people there.

We do hope that these border posts can be used as access to export Indonesias products to its neighboring countries. We must not only receive import products but we  also have to export our products, such as fish or Crude Palm Oil (CPO). I think it will accelerate economy in the region, President Jokowi told reporters after inaugurating the Border Post in Sambas Regency, West Kalimantan, Friday (17/3).

President Jokowi cited the example of Nanga Badau Border Post in Kapuas Hulu Regency that has been used as an access to export Indonesias 70,000 metric tons of CPO and is expected to increase into 120,000 metric tons this year.

I think we have to take this opportunity, the President said.

President Jokowi also hopes that with the operation of Aruk Border Post, which is equipped with adequate facilities and infrastructures, primary products of Sambas Regency such as orange, pepper, and dragon fruit, can be exported.

Therefore, President Jokowi called on regional leaders  be it governors or regents  to prepare their competitive products with good quality in order to be accepted by the export market.

From here, the products can be exported via Kuching (Serawak, Malaysia) to other countries. Thats all right. Why not? We hope the number of imported products here should not be bigger than the number of our products, the President said. (GUN/DNS/ES) (EP/YM/Naster)